With the current infighting bedevilling the Botswana Movement for Democracy (BMD) and threatening to tear it apart, SONNY SERITE reminisces about the early years of its formation and ponders what could have gone wrong

“Saulo, Saulo o mpogisetsang.O ntlhokisa kgotso Saule” (Saul, Saul why are you persecuting me. You deprive me of peace), so goes the lyrics from a song by South African gospel group Macecilia a St Paul. This is a song that will forever be etched in the minds of those who were there during the formation of the Botswana Movement for Democracy (BMD).
I remember how seven years ago, in 2010, I had declared in a column piece published in another publication that the Botswana Democratic Party (BDP) factions had reached a “fok-fok stage’’. That declaration was immediately followed by the formation of the BMD, a breakaway party founded by BDP members who were disgruntled by President Ian Khama’s heavy-handed leadership. It was established by MPs and other politicians who split from the ruling BDP over differences with Ian Khama. The Macecilia a St Paul song became an unofficial anthem for the BMD and was played on rotation at the inaugural launch of the BMD at Letlhabile Private School in 2010. The persecuting Saul at the time was President Khama. Most of the BMD founding members had either been expelled or voluntarily defected from the BDP after they felt that Khama was persecuting and depriving them of peace.
BMD became an instant hit, turning into the Justin Bieber of Botswana politics. The orange brigade became fashionable to be associated with, the in-thing! Batswana welcomed and embraced BMD the party became the nation’s hope to the promised land. In BMD, Batswana had found their gateway to Canaan. The party showed all signs of a democratically vibrant government-in-waiting. A lot of prestige and pride came with being associated with BMD. Oh and I must add, the leaders had swagger and oozed confidence. They were sure of their story. They became Bakaulengwe to each other.
Fast forward to today, 2017. There is no peace at the BMD with two warring factions at each other’s throat. When one faction of the BMD met at their spiritual home, Letlhabile School, two Sundays ago, they broke into song, “Saulo, Saulo o mpogisetsang.O ntlhokisa kgotso Saulo”. This time, the persecuting Saul being referred to was not Ian Khama. This time, Bakaulengwe were referring to fellow Bakaulengwe. The faction or camp as they would prefer to be addressed, was singing in protest towards the persecution they feel is being meted out on them by the other faction.
But what could have gone wrong in the BMD to arouse so much animosity among Bakaulengwe? Many things happened leading to and after the Ghanzi congress in 2015 but the most significant one was Sidney Pilane’s bid to return to the BMD after resigning from the party in 2012. Pilane is one of the founding fathers of the BMD and he had explained how hard it was for him to resign from the party he helped establish. His resignation letter was accompanied by a P5000 donation to the party. The BMD cried and learned to live without Pilane until he resurfaced in 2015 just before the Youth League congress in Mochudi where he sponsored some of the candidates and the Ghanzi (NEC) elective congress. Two months before the Ghanzi congress, Pilane had written in a local newspaper, “I have no intention of returning to the BMD to seek to replace Hon. [Ndaba] Gaolathe or to be included in any structure. If I should return to the BMD, and I do not know if I will, I will not seek any position.”  Pilane eventually applied for the reinstatement of his membership. There was speculation he did not only want to re-join the party but wanted to take over as president. This did not sit well with a lot of BMD members who felt it was wrong of him to come back from hibernation and immediately aspire to lead them. The party leadership became divided on Pilane’s re-admission into the party.
This marked the beginning of BMD wars. Ever since, the BMD has never known peace. Interestingly, the man who supposedly divided the BMD is chilling in the background and working his magic behind the scenes. The Gaolathe/Mmolotsi faction is accusing the Modubule/Mangole faction of fighting Pilane’s battles. The Modubule/Mangole faction on the other hand is accusing the Gaolathe/Mmolotsi of flagrant disregard for the party constitution. The war has been declared. Battles lines have been drawn. The BMD has reached a fok fok stage! 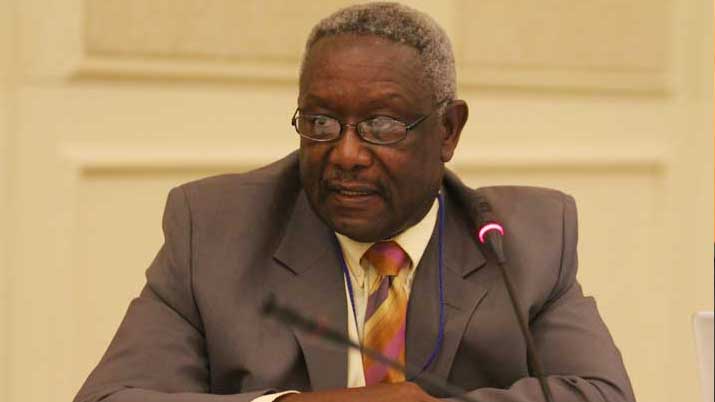