The economy is expected to rebound with projected GDP growth rates of 3.5% and 4.1% respectively in 2016 and 2017, driven mainly by an expected improvement in the mining sector as demand from developed economies stabilizes

World Bank
Botswana, a small landlocked country of two million people, celebrated 50 years of independence in September 2016. Over the past half-century political stability, good governance and prudent economic and natural resource management helped to secure robust economic growth, supported by the discovery of diamonds. Botswana is now an upper-middle income countries, after being one of the poorest countries in Africa.
Botswana’s sustained economic growth averaging 5% per annum over the past decade, has been the fastest in the world. However, heavy reliance on commodities renders the country vulnerable to international market fluctuations. Prolonged uncertainty in global markets and the slow pace of economic recovery in advanced countries continue to act as a drag on Botswana’s economic outlook. In 2015, the economy contracted by 0.3%, compared to a growth of 3.2% in 2014, mainly due to a decline in mining production, owing to weak global demand for diamonds. Extended drought further exacerbated economic performance, adversely effecting agriculture. In addition, electricity and water supply disruptions had unfavorable impact on manufacturing, trade, tourism, and transport and communications sectors.
The fiscal position moved sharply into deficit after three years of consecutive surpluses. The fiscal balance swung from a surplus of 3.7% of gross domestic product (GDP) in FY2014/15 to an estimated deficit of 4.5% of GDP in FY2015/16, largely due to much lower than expected revenue. The government relies mainly on two volatile sources of revenue inflows, mineral revenues (which accounts for almost 40% of total revenue) and Southern African Customs Union (SACU) revenues (over one-quarter of total revenue). Expenditures increased by 2.2% of GDP due to counter-cyclical fiscal stimulus including the start of the Economic Stimulus Program.
The economy is expected to rebound with projected GDP growth rates of 3.5% and 4.1% respectively in 2016 and 2017, driven mainly by an expected improvement in the mining sector as demand from developed economies stabilizes. Continued fiscal stimulus is expected to drive the non-mining activity thus contributing to the positive performance. However, SACU transfers will remain soft mainly due to a weak near-term economic outlook for South African growth. The combination of expenditure growth and lower revenue is expected to keep the fiscal balance in the red for the next few years. The current account will continue narrowing further in 2016 and 2017 on continued softness in the mining sector before gradual improvement.
Key Development Challenges
Despite Botswana’s continued economic growth, the country faces high levels of poverty and inequality, as well as low human development indicators. While poverty rates declined from 50% at independence to just over 19% today, significant pockets of poverty remain, especially in rural areas. Education expenditure is among the highest in the world, at around 9% of GDP, and includes the provision of nearly universal and free primary education, however, the sector has not created the skilled workforce Botswana needs to diversify its economy. Unemployment has remained persistent at nearly 17.8%, and as a consequence, income inequality in Botswana is among one of the highest in the world. The HIV/AIDS pandemic has further exacerbated the situation; the HIV/AIDS adult prevalence rate remains at 22%, contributing to education and health outcomes that are below those of countries in the same income group.
Lack of water security presents a significant challenge to sustaining economic growth. Botswana’s current water resource base is extremely constrained, fragile, and subject to many competing demands. Water shortages brought on by El Nino are having significant economic impact. Because of the drought, around 40,000 people are in need of direct emergency assistance, with the response largely handled by the government. The recent El Nino system has highlighted climate-induced vulnerabilities, resulting in a 12% reduction in cattle heads and a70% reduction in cereal harvests, with the 2015/2016 crop deficit standing in at 88%.
Botswana’s growth opportunities and poverty reduction would only be achievable over the long term if sustainable sources of energy are made available. Acute shortages of and energy threaten agricultural, industrial, and tourism sectors.
Botswana faces a key policy dilemma of how to grapple with the predicted decline in previously buoyant diamond revenues. Projections of future diamond revenues are uncertain. While diamonds may not be fully exhausted for another generation, output is already well past its peak. While Botswana has made some progress in reducing its dependence on diamonds in the past 20 years, the level of economic diversification needed to offset diminishing mineral revenues will remains a challenge.
Source:http://www.worldbank.org/

38 babies perish in Marina due to medicine shortage - claims 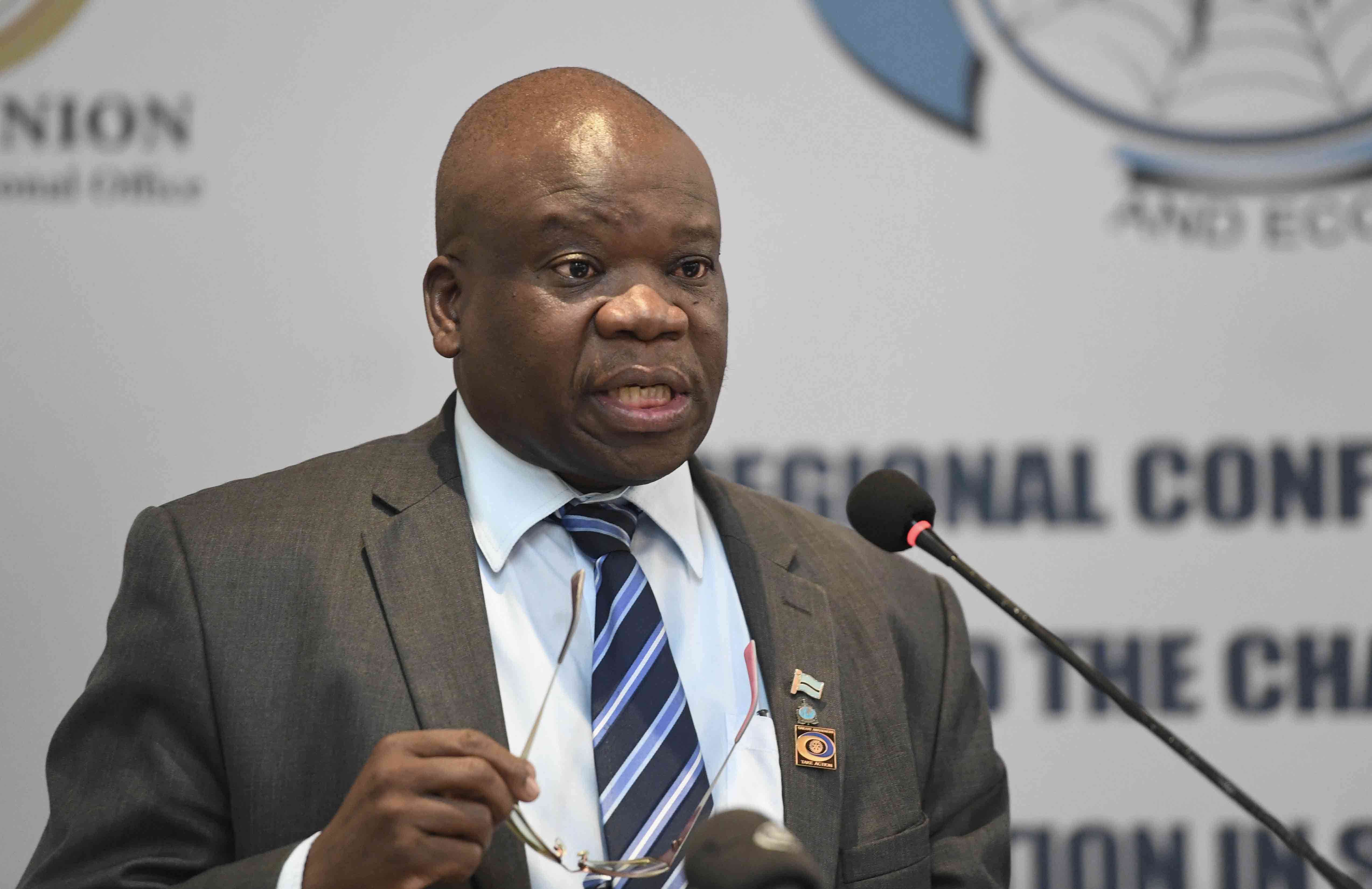