Marriage is an institution common to all cultures. Very often it’s accompanied by transfers – in most cases in the form of payments – between the families of the groom and the bride.

Ghanaian society has undergone major changes to its cultural practices over the past years. One that’s altered significantly is bride price. In the old days, payment was a family affair. A woman’s bride price was paid by her groom and his family. Bride price was not negotiated: the groom and his family usually decided on what and how much to pay. This would be voluntarily and willingly paid to the family of the bride.

Before Ghana was colonised by the British in 1867, bride price did not involve cash as cash had not yet been introduced into the Ghanaian economy. Instead, it included items such as bottles of schnapps, ornaments, clothes and cowries for the bride’s mother, father and brothers.

But times have changed. Bride price payment has become a more individual practice. A groom mainly funds the expenses of his marriage, though some families still provide financial support to their sons during marriage.

An even more drastic evolution is the involvement of cash and bargaining. The amount to be paid is rigorously negotiated by the families of the groom and the bride. The current practice is that the groom usually asks for a list from the bride’s family. Although bride price lists may vary among families and ethnic groups in Ghana, most lists include items such as bottles of schnapps, ornaments, clothes and cash for the bride`s mother, father and brothers.

The items on the demand list have also taken on a modern look. Some families demand electronic devices such as mobile phones, laptops and iPads as bride price. Several factors, such as the groom’s wealth and status, and the bride’s level of education, determine how much a groom pays as bride price.

Although bride price custom has significant cultural and social functions, there are latent, unrecognised and unintended consequences of the practice. Our study set out to explore how bride price payment shapes cultural and gender identity and husband-to-wife abuse in Ghana.

Despite our findings, the practice of bride price is a sensitive cultural issue, and to suggest its proscription is likely to be slow – or to fail.

Gender identity
We conducted semi-structured focus group discussions and in-depth individual interviews with 32 participants, made up of 16 perpetrators (men) and 16 victims (women) from rural and urban Ghana. The participants’ ages ranged from 24 to 60.

Our study discovered that both male and female participants thought bride price practice was necessary for achieving desired masculinity and femininity in Ghana. Female participants saw it as an important part of womanhood, bestowing respect and dignity in marriage. Men, on the other hand, viewed it as a necessary condition for male identity in society. Failure to fulfil it could greatly undermine their identity and dominance in marriage.

Participants suggested that the definition of women’s identities, and their sense of self-worth in marriage, was determined by men through the payment of bride price. It was evident in our study that bride price could lead women to appear worthless unless paid for, and to be treated however a man wants.

For example, in response to whether or not bride price practice should be proscribed, one female participant from a rural area said:
No. How can we abolish our tradition? I will not agree that a man should walk into my house and take my daughter without a bride price.
Also, male participants in the study described bride price tradition as a material condition for maintaining culturally assumed masculine identity and authority in marriage. Having a bride-priced wife was seen as a masculine accomplishment.

We also found that paying the bride price meant there was an implicit moral obligation on a woman’s part to respect and obey her husband’s commands and wishes. Psychologically, the practice created an ownership mentality in men. This may lead them to see their wives as their ‘purchase’ over whom they exercise unfettered authority, including physical and psychological abuse.

For instance, a male participant revealed that:
I believe bride price is part of the reason [why husbands abuse their wives] because it shows that I have acquired you from your parents or family so they know I have to take care of you. If I take care of you then you must also obey what I say. Once the family accepts the bride price, they also accept that the woman is in my care and if anything should happen to her they will ask me.
Also, the exchange of items and money for a bride, particularly a high bride price, created indebtedness in the minds of both the bride and her family. This meant that when the husband mistreated his wife in marriage, the family felt they couldn’t intervene.

The payment of bride price was also associated with the perception of women as ‘acquired properties’ over whom men exercise authority and control. Based on the participants’ comments, we found that the transactional character of the practice could ‘objectify’ and ‘commoditise’ women in marriage.

Sense of ownership
Though our study showed that bride price tradition could reinforce negative stereotypes about male domination and female subordination in marriage, comments from the participants suggested that the practice is not regarded by women in Ghana as demeaning because they think it does not offend any communal morality or societal ethos. There was a communal sense of ownership of the bride price practice among men and women.

Stephen Baffour Adjei
Lecturer at the Department of Interdisciplinary Studies, University of Education 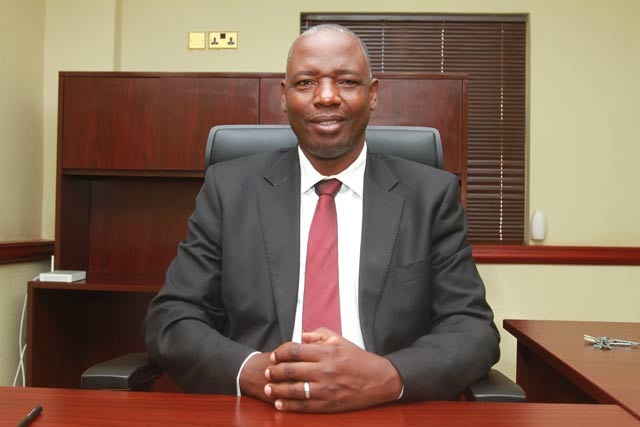