As one of the world’s leading clothing brands, Nike has always found creative ways to become relevant in an ever-changing market which has now given birth to numerous competitors. The hugely popular clothing brand uses the Emotional Appeal strategy to remain a trending topic in the fashion world.

With other brands such as Adidas, New Balance and Under Armour (to name a few) coming up with new and creative sneakers every year, Nike has prioritized re-releasing old models of sneakers with a modern twist. Designing new products is always a risk because consumers may not like the new designs or the designs may not appeal to them as the brand had anticipated.

They have adopted the Emotional Appeal strategy because they know that they will evoke nostalgia when they re-introduce a product that meant something to you when you first bought it in the past.

For example, the return of the Cortez sneaker was a huge success as many Botswana based sneaker enthusiasts bought them in abundance. They started to trend again and that even led curious young followers to yearn for them as well to be a part of the conversation.

The Air Max 90 and many other models are also getting more releases in different colours. Every year Nike decides to re-release a limited amount of sneakers, they know that limiting the number of releases increases demand as customers will ensure that they get that exclusive pair by all means necessary.

They also collaborate with designers to ensure that they have a sense of closeness with consumers, the collaboration with new and in demand designers gives the brand a “fresh” feel to it. That inclusion also adds to their Emotional Appeal. With the competition becoming fierce, Nike uses the fact “there is a story behind every shoe” to their advantage, they continue to lure us with this approach.

Local labels such as Collections by BK Proctor, Go Hard Clothing, MN Clothing and Dlala, to mention a few, are staples in the local fashion scene and they have gone beyond expectations to become fashion lines of choice among Batswana.

Before the aforementioned local brands became big names, the likes of All Kasi, PODI, Odipeca, Acapella Kandi and Bafwe2 paved the way as they were some of the first locally produced fashion lines. Most of the already mentioned classic brands are not as popular as they were because of little or no production but they still hold special places in the hearts of fashion Batswana.

There are still bits and pieces of these retro brands around the country, as scarce as they are, they still grab one’s attention because they are rare. Being rare makes them exclusive, that exclusivity has the potential to build up demand once again because of the memories the return of the clothing brands would bring.

If the local brands can take a page out of Nike’s playbook and use the re-release and Emotional Appeal strategy they could make grand comebacks. If the comebacks of FILA, FUBU and Champion are anything to go by, fashion brands never really die, they just hibernate. Bringing back classics and retro wear is a tactic that has worked wonders for the likes of FUBU, FILA and Champion while Nike has also done the same through Jordan brand as well.

Although times have changed, the impact of local brands like Odipeca will never be forgotten, the brands came at a time when international brands were still the favourite clothing choices for locals.

However, in today’s market, the locals appreciate and even support their own brands a lot more than they did in the past, the way Batswana have embraced their own clothing products has even led to high profile celebrities such as Idols presenter and rap star Proverb donning brands such as Collections by BK Proctor and Go Hard Clothing. With more Batswana supporting their home produced brands, international celebrities are often curious about the brands and end up wanting in on the action as well when they come to Botswana.

There is also a huge platform offered by social media sites such as Facebook, Twitter, Instagram and Whatsapp to spread the word a lot wider. Social media is not only an exposure tool, it is also a cost cutting advertising platform which many of the retro brands in Botswana never had in the past. The cost of resuscitating clothing labels may be a challenge but the risk is worth taking given the change of the fashion landscape in country. 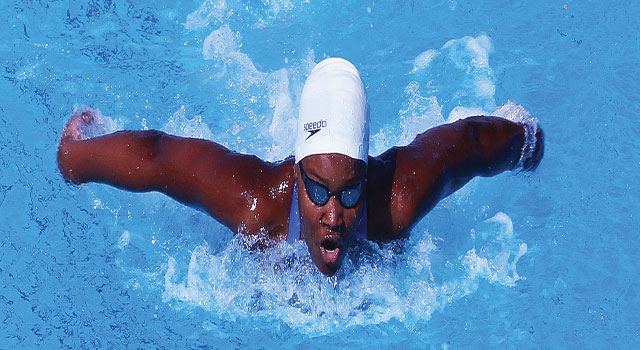