The answer may lie in the fact that the World Happiness Report has once again placed Batswana among the most miserable human beings on earth since 2012, writes GOSEGO MOTSUMI

Kelebogile Bale is a 29-year-old unemployed degree holder who has lost hope of being gainfully employed after struggling to find work since graduating in 2015. She has had a short volunteering stint with one organization and left with a colorful CV that could still not earn her a space in the industry. Bale has lost count of the regretful rejections she has received and is now considering taking up any hustle that most would think is not befitting her stature. Her story is a microcosm of the plight of many young educated Batswana who can’t fend for themselves because they can’t find work for reasons beyond their control.

The purpose of the report is to measure and compare, on a global scale, the quality of social life in 156 UN member states. The World Happiness Report assesses a variety of subjective indicators that may tell governments something about the happiness of their citizens. The report’s indicators of life evaluations include income (GDP per capita), healthy life expectancy, social support, freedom to make life choices, generosity, perceptions of corruption, and also more qualitative indications such as laughter and enjoyment (positive affect) and worry, sadness and anger (negative affect). According to the report, the most significant contributor to Batswana’s misery relates to the lack of social support, curtailed healthy life expectancy, and above all, matters of income inequality and generosity

According to Sociologist at The University of Botswana, Sethunya Mosime, the World Happiness Report is an important tool that is a deliberate attempt to influence countries to pay particular attention to happiness as part of their efforts to achieve both human and sustainable development. She notes that happiness is increasingly considered an important and useful way to guide public policy and measure its effectiveness.

In economic terms, Botswana has been seen as a country marked by unprecedented growth rates and transforming into one of the middle-income-earning nations on the continent. This is a positive review in Africa’s prevailing economic conditions, but the country continues to rank very low in the World Happiness Report

“We need to do further research be-cause unhappiness could be poverty in the midst of plenty or being in an environment where expectations are high but the results are disappointing. The inequality gaps are visible. For example, 20 years ago a University degree guaranteed an individual a job while today it is not the case,” Mosime said

Since the launch of the first report in 2012, Mosime said the Botswana Government has not considered the World Happiness Report when drafting policies. “They only report on improvements or when the indices are high because we want to be seen to be performing well. But to acquire that high performance we need to take into consideration the factors that would lead us there,” she points out.

While the Botswana government remains mute about the findings of the World Happiness Report, other countries have incorporated happiness into their development agenda. Countries such as Ecuador has a Ministry of Buen Vivir (Good Living), which is mandated to transform Ecuadorian institutions and individuals to “achieve a mindful life and a maximum level of happiness”. Ecuador is the first country in the world to set up a government body charged with building a happier society and an index meant to serve as an alternative to GDP as a measure of a country’s progress. In February 2016, the United Arab Emirates (UAE) appointed Ohood Al Roumi as Minister of State for Happiness as part of the cabinet’s focus on drawing up policies and programs seeking to promote the happiness of its people.

According to the UNFPA Demo-graphic Dividend Report, Botswana presents a youthful population with more than two-thirds (70 percent) of the total population under 35 years of age. Unemployment is one of the main problems facing the country as it translates into increasing poverty amongst the youth, according to a report on High Youth Unemployment In Botswana: A Case Of Policy Failure or Poor Research (2018) authored by Gwen Lesetedi from the Department of Sociology at the University of Botswana. In 2019, the estimated youth unemployment rate in Botswana was 37.52 percent.

“This is attributed to the economy failing to create jobs, the youth having no job experience as well as inadequate employment opportunities (CSO 2006). In addition to the economic implications of unemployment it also has socio-political risks associated with it such as social unrest and political instability (Mogomotsi and Madigele, 2017),” the report stated.

The report further states that in terms of occupational status only 1 percent amongst the youth held managerial and administrative jobs. The most common jobs occupied by the youths included service works, shop and market sales works; elementary occupations; craft, and related works (Keetile, 2014).

The young activists’ angry voices are hard to dismiss because much of Botswana’s population is multi-dimensionally poor, according to a researcher with the Botswana Institute for Development Policy Analysis (BIDPA), Khaufelo Raymond Lekobane. According to his latest report titled “Leaving No One Behind: An Individual-Level Approach to Measuring Multi-dimensional Poverty in Botswana, poverty levels are almost equal for males and females, with females worse off than males in this country.

Another report titled Improving Youth Employment in Botswana: The Need for Evidence-Based Policy and Programme Development by Keitseope Nthomang and Kabo Diraditsile from the Department of Social Work at the University of Botswana states that youth unemployment leads to increased incidence of poverty, depression, and stress which are linked to lower life expectancy and poor health.

There is evidence to suggest that un-employment early in life can significantly reduce an individual’s future economic opportunities. In Botswana, high rates of youth unemployment mean that a large number of the youth are jobless and as such economically inactive. This research indicates that youth’s anger or frustration is not imagined but a reality because they are closed out. 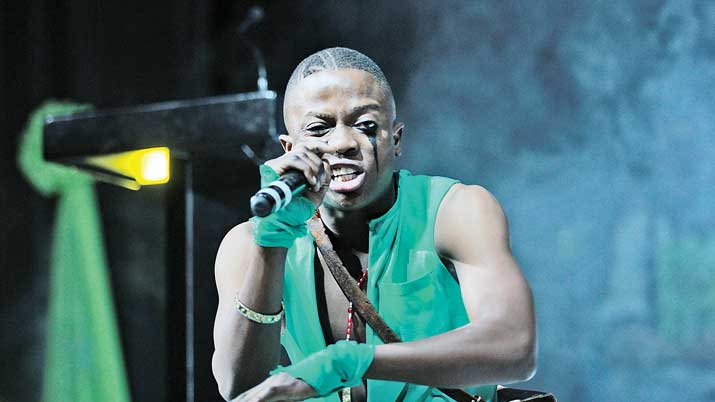