Let us not prevent fathers from seeing the baby’s first poo and first smile and to share in the delight of the first bath. In this instance, the role of the modern-day mother is to speak up right from the onset.

Like any soon-to-be first-time mother, I was anxious and excited and could not wait for the arrival of my bundle of joy, as newborns are fondly called these days. When the much-anticipated day came, it came with more interesting and hilarious twists than I had bargained for.

Now, I have always been known to go against the gain, and this time was not going to be any different. Society, as it is at all times, was also ready to give me its two thebe worth on how I should raise my child, including dictating to me the applicable rules once the baby is born: don’t do this and don’t do that.

The thought-provoking part this time was that for society it wasn’t going to be just black or white, nor grey, but there was turquoise too, because originally I come from another country with its own set of rules and rituals concerning birth rites. My husband also comes from another country with its respective set of birth rituals (yes, we are a diverse family). Then there is the country that has embraced us, the country we call home, which recognises that a mother and a newborn must go into confinement. This is a country where it is taboo for the father to see the new born baby before the lapse of a certain period of time, the prominent reason being that the baby is not to be exposed or made in any way vulnerable during the period of confinement. I will address confinement hereunder.

According to the culture of the people where I originally come from, the newly born baby can be seen any time as long as those visiting come with a gift. I wonder what that would mean for family or friends who have nothing to offer. This begs the question: Are the different beliefs from the different cultures surrounding the birth of a newborn scientifically or medically proven, or is it all about culture, and by this I mean, is it just ideas, customs and beliefs?

Besides, what is culture? Is it not also an attitude and behavioural characteristic of people? Were we not taught in school that culture is dynamic? Something that still echoes from the time I paid attention in school? If it changes, who changes it? The answer is that we do.

That being the case, in my quest I had to make a decision, one that would suit both my husband and myself amidst the conflicting cultures. This is our first born child, so we were going to do it our way. So we decided to be dynamic and create our own culture by allowing friends and family who have nothing to offer but their hearts to see the baby. As for confinement of mother and baby, in my humble opinion, it denies the father time to bond with the baby. The first few days and weeks are crucial for bonding. Is it fair that I enjoy that bond with the baby to the exclusion of the father?

Medically, my husband taught me about kangarooing – skin-to-skin contact with baby on the chest for fathers and between the breasts for mothers. During confinement, this act, which has immense benefits between parents and baby, is taken away from him. Infact, kangarooing is so great that the benefits include brain cognitive and motor behaviour, improved immune system function, better deep sleep for baby, thus strengthening the father-child bond. So contrary to popular belief, I decided that my husband would practise kangarooing. Afterall, he deserved it.

Secondly, we are young parents and still need to bond too because our bond strengthens the baby and the family as a whole. If I were in confinement, it would mean that I did not see my husband, leaving him feeling left out of such a joyous occasion. What is he to do during the confinement period? Twiddle his thumbs? And this is where our role starts: to speak up!

Furthermore, I was going to need help, not just from grandparents and mothers, but my husband and I decided to work together and to ease each other’s burden and to enjoy the moment. I knew it would come with sleep deprivation, so both of us would wake up while I breastfed and he would change diapers and help with bathing the baby. It was teamwork. If I were cranky, surely he would see and know why and notably he would understand.

I have nothing against culture. I am, afterall, an African. But we need to change our mindsets, our ideas and practices to fit in to the current times. I might perhaps add that need to be realistic and practical too. There were times when I would leave the house soon after giving birth and would get the backlash that I was not to be seen in public because what I was doing was wrong. Wrong to who? Then I had to remind society that they had no business in how I chose to deal with the process. Upon enquiring which culture, under the circumstances, was more befitting, there was no response.

This is probably the most important part for mothers and mothers-to-be. It is imperative to leave the house, lest one becomes claustrophobic for lack of a breather because most first-time mothers who religiously do what they are told suffer from post-natal depression.

In my line of work, women often take men to maintenance court with great passion. But in as much as financial assistance is vital, let us not prevent fathers from seeing the baby’s first poo and first smile and to share in the delight of the first bath. Some men want to be a part of it all. We should also fight for this as passionately as we pursue maintenance.

The modern day mother will not be pressured or coerced into trying to please the world. This includes the issue of confinement, letting your partner in and how long you breastfeed because these days women are hard working professionals (often stuck in traffic and in boardrooms) to meet the needs of the baby and chase your passion and purpose, and to be able to tell grandparents and parents not to swaddle the baby in heavy blankets when it is 40 degrees Celsius outside.

The point really is that it is a new era and the cultural changes are overdue. We should embrace them and not feel guilty about it because anything that does not change becomes irrelevant and will fail to uphold and reflect the values and beliefs of society in the present time. Is it building or breaking? There is no harm in letting the father of the baby in after birth and in changing mindsets. The role of the modern-day mother is to speak up from the onset. 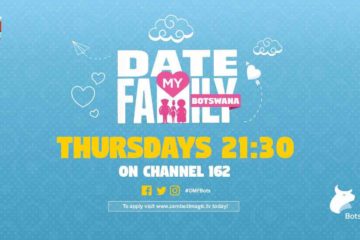