Parents play different roles but the one thing they have in common is ensuring that a home is showered with love, protection and respect. But the competitiveness and pride that is caused by different pressures of life often overshadow that.

Attempting a work/life balance is an unenviable task that requires one to sacrifice a lot of hours to put food on the table while also having to be present at one’s home with love and commitment.

While those in the working and business worlds often have their hands full, the stay-at-home parent who ‘slaves’ over the stove to make sure we are well fed may often feel underappreciated because they usually see their loved ones when frayed by the hustle and bustle of the work.

While COVID-19 has put the work and business routines of many on hold as the country observes precautionary measures, their humble abode could benefit as their increased presence may lead to them having first-hand experience of the same battles they face, albeit in a different deployment.

Most stay-at-home parents get to do the ‘donkey work’ of picking up after everyone, sorting out the laundry and doing the ever stressful school run. It all seems easy, from a second-hand view and looks like a job that anyone can do as we are tricked into thinking it requires no skill. However, the mental strain of doing it for 365 days is often underrated.

As a result, most stay-at-home partners often feel underappreciated because they do not get a regular chance to rest, to refresh and to have a day off to themselves. Numerous quarrels are usually started by the constant comparison of the roles played by each half of the homestead. “If you could walk in my shoes” sets off arguments that often stem from lack of appreciation and understanding of each parent’s role.

Parents play different roles but the one thing they have in common is ensuring that a home is showered with love, protection and respect. But the competitiveness and pride that is caused by different pressures of life often overshadow that.

Staying at home will give their better halves a chance to see the daily hurdles they face at home, such as tripping over toys, cleaning the house, taking turns watching the kids and having a role reversal of sorts which will surely be an eye-opener.

Appreciation of each partner’s difficulty is likely to lead to a better understanding between them. This could ignite the spirit of togetherness in the homestead as both sides may have a chance to be heard. The first step to reaching common ground is appreciating each other. This leads to a more relaxed dialogue which can only be good for the homestead. 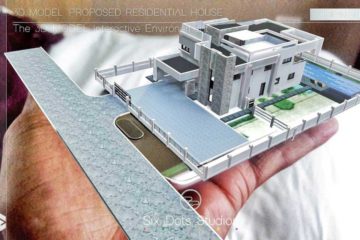