If you’re like the majority of us and grew up playing any kind of sport in the streets, then it is instilled in you not to take kindly to unfairness. “Aah hee le a re tsietsa”, pretty much sums up every Motswana’s reaction to the IAAF versus Makwala saga.
This was following an incident where Isaac Makwala, now fondly referred to as “Kwalas” in the social media space, was a no show for his 200m heat. Reports later came from the IAAF that it was because he had food poisoning. To say the nation was disappointed is an understatement. What really infuriated Batswana was when Makwala was denied entrance when attempting to run his 400m. The man had said he was fine in one of the videos that circulated.
The reasons IAAF gave for their decision were far from convincing. All we wanted was our athlete competing. This being the generation that takes grievances and protests to social media, all hell broke loose.  Twitter went ablaze with the #LetMakwalaRun discussions, quickly making this an international debate. Facebook? Let’s just say one out of every three posts was an outcry for why the IAAF was treating a stomach bug like the biggest threat ever known to mankind. Sports and athletics are all very sensitive issues in my country.
We have barely recovered from Netball and its confusing ratios. An unfair treatment on our athlete is the last thing we need. The memes, hashtags and posts did not fall on deaf ears. The right people heard because on August 9 Makwala was set to run the 200m heat alone in order to qualify for the Final. This was received with mixed emotions, some grateful for the opportunity while some felt it reeked of sabotage. In any case, the nation and beyond waited in anticipation for Makwala to make history. The first man to run alone.
Emotions were high and trust levels were low at this point. “Let me set the timer with my own clock, I don’t trust this IAAF” said a Makwala fan. He defied the odds stacked up against him and qualified in 20:20s, adverse conditions and all. It was a phenomenal display of perseverance and dedication. The press ups Makwala did at the end of his run were sensational. The man definitely has a flair for the dramatics. This was the birth of the Makwala Challenge and it spread like wildfire. A sock in the other arm and a press up pose. Even BBCSport was in on it, failing to resist reporting on it. Makwala became an instant household name, a national conversation, one you could start with one person and continue it with the next. In that moment, my country had one heart and it was overflowing with joy. It was in the humour shared and in the spirit of appreciation that was upon everyone.
He may not have ran his 400m, but he will still get to receive the P 100 000 he would have gotten had he received a medal. Moreover, My kind of Place-MKop pledged through their Facebook page, an arrival party and P5000 win or not. There are also talks of developing an Isaac Makwala community Stadium in Tutume. All this was happening prior to Makwala’s 200m Finals. It shows the tremendous support and confidence Botswana has on him. Between ladies changing their surnames to Makwala on Facebook and a holiday that was to be declared in his honour should he bring home a medal, the man had to have been under an insane amount of pressure.
Athletics are not like fairy-tales, there are no happy endings guaranteed. In the next set of events, Makwala came in sixth in the 200m Final and in their sadness Batswana still cheered on. “You fought a good fight” –said a Makwala supporter. It was an emotional rollercoaster but does not take away from the fact that history was made. The man fought for his moment and when he got it, he gave it everything in him. Surely there is victory in knowing your story inspired countless people the world over. From his story we are reminded to never give in when it gets tough. To still run in the rain, literally and metaphorically. To still run even if it is on your own. To bear in mind that everything that seems to be working against you may actually be working on your favour. He will undoubtedly go far. His name will remain in the tip of our tongues and theirs for a very long time. We eagerly await the return of our athletic team and remain proud.

HOW INNOCENT MEN GO TO JAIL: The Injustice of Police False Forensic Tests

UDC yet to be tested 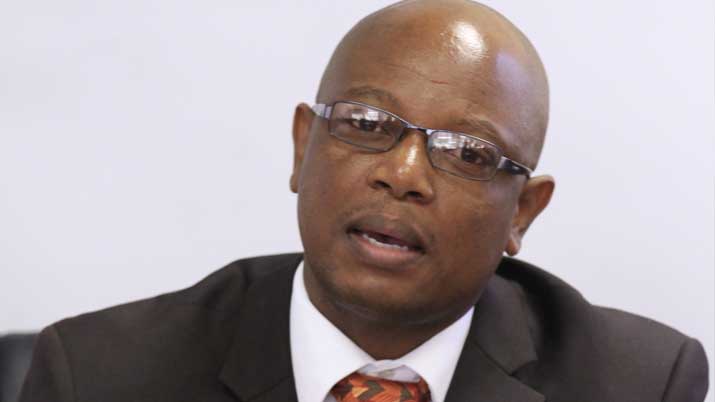