In about four weeks, almost half of Botswana’s population will take to the polls to vote for their preferred candidates. It is no question that the 2019 political campaigns came with an abnormality that is contrary to what is usually a predictable technique of amassing public appeal. Not only did it come with colourful and unexpected views regarding our leadership, we bared witness to quite an extravagant display of party personalities through one thing – branding.

Arguably, political parties are brands that ‘weaponise’ various visibility methods to woo voters. The marketing aspect becomes a form of romance – an art of persuasion, if you may. This is exemplary in the efforts and huge budgets that they lay out for their campaigning efforts from the moment the election year starts. From the choice of party colours and the packaging of merchandise to rally setups and even campaign messaging, the seriousness and vigour expressed this year was resounding. So what really informs the choices of political parties and their overall branding strategies? Is it something partisans take notice of and act on?

Here is an exploration

COLOUR
When it comes to colour, research shows that it does matter. People are said to recall 10% of what they hear, 20% of what they read, but 80% of what they see. According to Shortstack, a whopping 84.7 percent of people say that colour is a primary reason they notice and buy a product.

For Calvin Bosilong, Creative Director at local marketing agency, WowFactor, the choice of logos and colours does impact recall. “If you look at the structure of recall, it does not come by chance and it is deliberate,” he says. “From a design perspective, brand strength is dependent on commercial or public awareness. For example, the party that chose the most unlikely colour is the Alliance for Progressives (AP), and it had a positive touch on how their overall brand tone looks and sits on branding material in terms of standing out. At times, this has the likelihood of drawing voters and even non-voters in when selling their brand as they can easily recall a colour or logo that is appealing or looks unique. It plays a big role in attention retention.”

RALLIES
Here we get to see the full performance of politics. It is where orators are made and chiselled through public speaking from town to village. It is here that they present the ‘brand assurance,’ compelling arguments that edge on church sermons and even insults. Not only do they make their convictions through their ideologies and promises, but they also do it through stage design. This year showcased an array of setups that displayed reams of advertising that glorified the faces of presidential candidates.
It was particularly interesting that the current rallies became a home ground for fiery opinions spewed out by candidates as they took a bite at each other. According to Hughes, it is a strategy that is used to cement credibility.

On whether rallies have an impact on public vote, it is really hard to say. However, in rural villages, it is the most common way to address and persuade voters through merchandise giveaways and even performances by musicians who are used to create a connection with the voters.

DIGITAL CAMPAIGNS
The campaigns have now moved from traditional forms of campaigning to the world of digital platforms. It is an effort to catch up with the times and be part of a conversation that doesn’t end with radio and television debates or interviews. This year, political manifestos were shared mainly via social media platforms to make them more accessible.

Obakeng Kokwe, who is the Chief Technology Partner at local digital agency, Sturgeon, says social media has presented a new opportunity to parties: “Political parties have obviously recognised the reach and opportunities that abound in reaching the electorate, mostly young but also the older through social media. I love that parties are attempting to engage with us here. I like that some are actually making an effort to sell themselves, which often presents the question, ‘Exactly what are you attempting to sell to us?’ Social media is allowing us to engage with the manifestos, the candidate launches and even opinions and thoughts from the political fraternity at a deeper level.”

MESSAGING
A slogan can make or break a political campaign. The iconic reference of a powerful slogan is seen through Barack Obama’s ‘Yes We Can’ slogan. His speeches resonated a message of hope that echoed throughout the world. In the context of Botswana, we saw the Botswana Democratic Party (BDP) repositioning itself with the youthful slogan ‘Cava’ and the AP becoming more aspirational with its ‘Imagine a new Botswana.’ The Umbrella for Democratic Change (UDC) became synonymous with its promise of creating 100 000 jobs while new entrant the Botswana Patriotic Front (BPF) came with the agile ‘Ke Nako’ slogan. These all were received differently and became significant to partisans who are already clear about whose side they are on.

MERCHANDISE
Election campaigns are never without merchandise, which includes T-shirts, caps, hats and accessories to push a political message. It becomes a form of brand identity and belonging, which further cements one’s affiliation with a party.
“As people prefer to show their political inclinations, suddenly the demands of accessories such as mobile protectors and mobile stickers have increased,” said Vikram Singh, a wholesaler and dealer, in an interview

In a bid to stand out, the UDC went to the extent of branding its donations of sanitary pads. From a marketing perspective, it stood out because no other party did the same. In this sphere, innovative ideas are what captivates the masses. But is it enough to secure a vote?

Branding is a way through which political parties present their ideas and philosophies. In her research paper on effects of political branding on electoral success, Audrey Gangloff states that modern elections are “heavily manipulated by the twin factors of personality and the mass media”. Successful political campaigns are dependent upon coherent, compelling and plausible messages. If delivered correctly, the campaign narrative will be perceived as an accurate representation of both the politician’s ideology and their inner self. Case studies show that authenticity is an interactive process that takes into account the audience and requires a feeling of solidarity or fusion between the brand projected by the candidate and the image perceived by the public.

Local vendor Maria says she does not see branding influencing her voting choice in any significant way. “I don’t vote based on what people give me or promise me,” Maria says. “I vote based on what I believe will make my life easier.”
Ultimately, the power lies in the voter. Despite the various influences they encounter throughout an election year, their final decision is only known to them.

‘Ministry is gormless about own youth fund projects’ 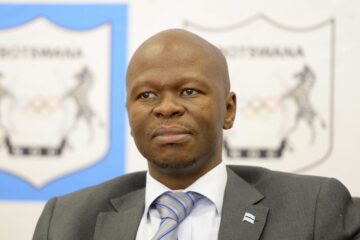