Speaking to a Catholic publication in December 2017, Pope Francis equated misinformation and its more generic term, “fake news” to “coprophilia” a sexual fetish based on an individual’s arousal from excrement, and “coprophagia” (eating excrement) to describe sensationalist media outlets and their consumers.
“I think the media have to be very clear, very transparent, and not fall into—no offence intended—the sickness of coprophilia, that is, always wanting to cover scandals, covering nasty things, even if they are true,” the pontiff stated.
In January this year the Pope, in the run up to the Catholic Church’s World Day of Social Communications on May 13, once again spoke out strongly against “fake news” in a document called, “The truth will set you free – fake news and journalism for peace.”
However, a scandal over the Vatican’s dissemination of misinformation has not engulfed the Pope.  The scandal over a doctored letter has become a public relations fiasco for the Vatican mere weeks after the Pope had warned of the dangers of misinformation and “fake news”. The Vatican has become embroiled in a “fake news” scandal, after Italian journalists revealed that the Vatican communications office had doctored an image of a letter from Pope Benedict XVI to appear more favourable to the Pope Francis. The scandal, named “Lettergate” by the media has led to the resignation of Pope Francis’ communications chief last week Wednesday.
Italian and world media have been quick to point out to the irony of the scandal and the fact that the Vatican’s communications office was spreading “fake news,” as Pope Francis had focused his speech for the church’s social communications day on fighting “fake news” and the distortion of information.
Pope Francis last month spoke of the “crafty serpent” of “fake news” which he called a “sign of intolerant and hypersensitive attitudes.” The “crafty serpent” of “fake news” would “lead only to the spread of arrogance and hatred,” said the pontiff, now however the “serpent” has found its way into the Vatican, leading to the resignation of a senior Vatican communications official.
Vatican officials admitted last week to doctoring a photograph of a letter authored by the Pope’s immediate predecessor Benedict XVI and sending it to the media. According to reports the photo depicted a letter from the previous pope, to Vatican communications secretary Monsignor Dario Viganò, praising a collection of books on the theology of Pope Francis. Benedict’s letter underscored the books’ importance in that they “help [readers] to see the interior continuity between the two pontificates [i.e., Benedict’s and Francis’s], with all the differences in style and temperament.”
The letter was revealed to the media in an attempt to quell the growing criticism of Pope Francis by the conservative fringe groups within the Church. The politically, if such a term can be adopted for the pontiff, left leaning Pope Francis and his unorthodox methods have marked him as a dangerous figure for the future of the Catholic Church, according to his critics.  His “liberal” policies and outspokenness have seen him become increasingly detached from the conservatism of Benedict XIV.
The portrayal of Benedict’s support in the “doctored letter” undercut the criticism by the conservative elements of the Church. Benedict’s “support for Francis, and insistence on Francis’s papacy’s continuity with his own, would have given the lie to conservative critics: implying rather that Francis’s papacy, far from being radical or extreme, lay safely within the Overton window of acceptable Catholic teaching and practice” noted the BBC.
The Vatican seemed keen to perpetuate this narrative. Viganò, prefect of the Vatican’s communications department, presented the letter to journalists at a press conference last week Monday, apparently as part of an effort to highlight Benedict’s esteem for his successor.
“Except Benedict hadn’t actually praised Francis’s theology — or the books laying it out — with the degree of specificity the Vatican implied. Rather, the Vatican had blurred out the final two lines of the first page of the letter, which include an important caveat: that Benedict didn’t have the time to actually read the books in question, nor did he have the time to offer a full theological assessment of Francis’s papacy,” continued the BBC report.
Last week, the Vatican admitted to the Associated Press that it had in fact blurred the photos following questions from Italian journalist Sandro Magister, who had been present at the Monday press conference, about discrepancies between the photograph and the longer version read out loud to journalists at that time.
The digital manipulation of photographs for news media purposes is generally considered a breach of journalistic ethics. The Associated Press’s guidelines state, “No element should be digitally added to or subtracted from any photograph.”
Last week, Botswana Government spokesperson labelled an article by this publication as fake news and issued a rebuttal on the story. The use of the term “fake news” is currently in vogue by political leaders. Media scholars however, note that the terms is increasingly used to disparage the media and discredit journalists. “Fake news” is a misnomer. There is no news if it is “fake”, it is either deliberate misinformation, disinformation or propaganda. “Fake news” must be distinguished from errors made by journalists, especially where the information that was relied on comes from the source of that information, says one media advocate.
As with the Vatican “Lettergate” it is ironic that both States, one known for its sanctity for the truth and the other for its respect for democracy have found it appropriate to label news as false and yet fall pray to the whispering of the serpent and find themselves embarrassed at their exposed nakedness. 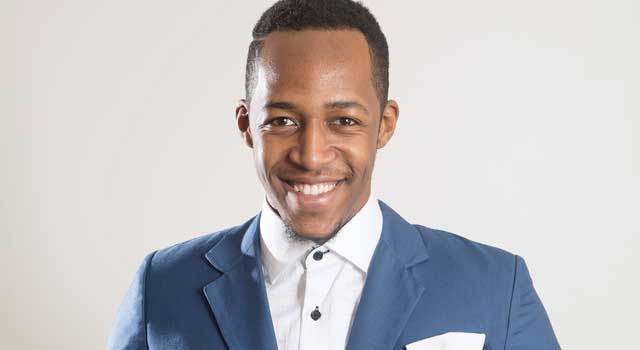