November 30, 2020 Admin
Home»Features»Threaten but participate: Why election boycotts are a bad idea’
Features

Election boycotts are, and continue to be a self-defeating strategy by opposition political parties throughout the world often resulting in irreparable harm. According to a study titled ‘Threaten But Participate: Why Election Boycotts Are a Bad Idea’ by Matthew Frankel, “Out of 171 cases of opposition choosing to boycott, the strategy only worked 4% of the time”. Based on this statistic, it tells us that election boycotts are politically speaking, as good as digging one’s grave. Opposition parties here have indicated that they are leaning towards election boycott.
From where I stand, and given the manner in which the Electoral Amendment Bill was worked out with particular reference to the electronic voting machines; the abolition of supplementary voter registration; the increase in fees to stand as an MP and Councillor; the failure to meaningfully and in good faith consult and engage political parties and the nation in these unfolding developments of national importance, I agree that political parties have valid and legitimate concerns to be so highly aggrieved. But the big question is whether election boycott will force the ruling party to accede to opposition demands (not signing the bill into law and comprehensively adopting all-inclusive electoral reforms) or whether there is an alternative to it. But before answering this question, let us look at these historical hard facts and evidence from previous election boycotts and whether intended outcomes were achieved.
The 1983 Jamaica general elections are widely believed to be the most successful election boycott in history with a voter turnout of a mere 2.7%. This low voter turnout proved inconsequential as the ruling party went on to win all seats in the House of Representatives. In 1994, Ethiopian opposition parties boycotted elections from which the ruling party won 484 of the 547 seats. In 2015, Morgan Tsvangirai’s MDC-T launched a document called “Without Reforms, No Elections”.
Latest information indicates that he has had a change of heart by indicating that the party will contest in 2018. Bear in mind that MDC-T had previously boycotted bye-elections to its detriment. There are many other examples.
In 1994 just before South Africa’s first democratic elections, Mangosuthu Buthelezi’s IFP threatened to boycott these elections because it felt that it was not involved in the drafting of the interim constitution. It further demanded greater powers for the Transvaal and KwaZulu Natal (which were the party’s power bases). Given the volatile political climate in South Africa then in which IFP was critical in either perpetuating or ending, their party’s prayers were answered. IFP finally participated through a threat and not boycott.
The answer to the question raised above is that based on the historical hard facts and evidence from past election boycotts, the strategy failed dismally. In fact, ruling parties will always welcome any election boycott because it simply presents political power to rule on a silver platter.
However, and based on the study by Matthew Frankel, it would appear that the consideration to boycott the 2019 general elections could be fatal and perhaps impose an irreparable harm on opposition parties in that they  will lose voices and voters. Sara Staino observes in her article “Role of election boycotts in a democracy” published in 2006 that “Choosing to be outside the electoral process is a highly risky political tactic and can come with high costs. Both the degree of sympathy and interest in any boycott by the wider electorate is a crucial factor in determining the impact of any boycott”.
Opposition parties should realise and come to terms with the hard and painful reality that the ruling party is fighting very hard to stay in power and this will be achieved by hook or crook. The recent electoral reforms, some argue, is testimony to that. Behaving this way, the opposition is perfectly falling on the ruling party trap where the former will come empty-handed while the latter triumphs albeit with legitimacy issues raised.
Egyptian writer Mona Anis says “Humanity has not discovered anything better for representation than elections.” If the opposition considers and ultimately concludes to boycott the 2019 elections, it will without doubt, signal the beginning of the end of opposition parties as a bloc because chances of a unanimous decision in this regard is bound to be resisted. Every party will stand on its own because individual and collective stakes are high. Like Matthew Frankel, I think it is better to threaten but participate. The only viable alternative for the opposition in the circumstances, is to strategically and smartly organise a civil disobedience campaign-the refusal to comply with certain laws considered unjust, as a peaceful form of political protest. This will put sustainable pressure on the ruling party to reconsider electoral and other reforms.
But given Batswana’s fear factor attitude, is civil obedience a realistic and achievable modus operandi? Time will tell but “Choosing to be outside the electoral process is a highly risky political tactic and can come with high costs ….”. The opposition has been hit by countless tremors and cannot therefore, afford an earthquake. It currently stands on shaky ground as evidenced by the conflict at BMD and the delayed start of cooperation talks, but if talk of boycott is only a tactic to exert pressure on the ruling party as used by the IFP, so be it. 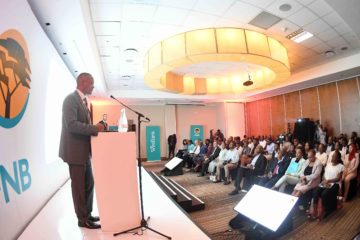