The Economic Recovery and Transformation Plan would make better sense if it included a chart for taking advantage of our good sovereign credit rating to fund our development and recurrent budgets from domestic and foreign borrowing, reserved a considerable quota of parastatal board seats for women and youth, introduced toll roads and discarded the idea of reducing utility costs for the mining sector. Otherwise the so-called plan is too flat to be considered a post-COVID blueprint for anything Gazette Reporter

Government has just published its post-Covid plan for Economic Recovery and Transformation. If this is all they have, then we are not going to Recover or Transform.

It reads just like NDP 11, with a spattering of references to Covid-19, and NDP 11 reads like NDP 10, and so on back to NDP 1. Somehow the government has this psychological block which stops it from moving on from a perception of Botswana as an impoverished, rural nation where the majority of people live in round huts with grass roofs, using animal skins for clothing.

Although there are widespread pockets of poverty, this is hardly a picture of the 21st Century Botswana which is classified as a middle-income country. The subtitle to the post-Covid plan reads “Sustainable and Resilient Recovery towards High Income Status.” But there is nothing in the plan that acknowledges our middle-income status.

Vision 2016 was a disaster because it had no champion and no buy-in, but it did identify a deeply-rooted problem of how we are always backward, instead of forward looking. This was recognised in the introduction to Vision 2016, which said the plans which we had been following since Independence had served us well, but now is the time for bold, challenging and innovative ideas.

There is nothing “bold, challenging or innovative ideas” in the Transition Plan. For example, the need for investment in ICT has long been identified as a priority before Botswana can grow e-commerce and expand its financial services footprint. However, the plan says we should “think about Botswana offering the “fastest and cheapest internet in Africa”. The time for thinking is long past; it is time to start doing.

There is little or nothing in the plan about enhancing the status of women and the youth, both of whom make up more than half our population. For example, why isn’t there a commitment to ensure at least 50% of board members of state-owned entities are women and youth? There is nothing about tackling systemic poverty other than food baskets and an extension of Ipeleng. In the 1990s, a study on poverty recommended that Ipeleng should change from being food for work to education and food for work so that participants could learn new skills.

But instead of addressing poverty, the government wants to reduce the cost of electricity to the profitable diamond mining sector, leaving the rest of us to subsidise power in rural areas. The expectation that the rich will subsidise power for the poor has bankrupted BPC and power utilities around the world. A tiny village in the Kgalagadi will never be able to pay the market price for power and should be subsidised from the public purse, not the public’s pockets.

Ten years ago, privatisation was the key to rapid development. The plan hardly mentions the P-word apart from repeating the failed refrain of looking for a strategic partner for Air Botswana. A bold and innovative option would have been for Air Botswana to buy a big chunk of a successful airline such as Air Namibia or Rwanda Air because who on earth wants to buy our tiny airline?

Above all, the plan plays lip service to citizen empowerment. No new initiatives, no schemes to pro-actively promote Batswana like the BEE programmes in South Africa. This will be the only way in which the economy and society can be transformed.

Something is seriously wrong when two companies own virtually all the vehicle franchises in the country. Franchises for fast food outlets are also concentrated in few hands, which means that there is little or no competition on either price or service. Surely government should ban countrywide franchises which enrich to a few and become impenetrable barriers to entry.

Who is going to employ the thousands of Batswana graduates when it is cheaper to hire labour from failed states to the north of us and Asia? If companies really wanted to invest in Botswana, they must also invest in Batswana and this could be achieved by making work permits progressively more expensive. If a permit for a shop manager costs over P100 000, employers will start to think seriously about hiring and training Batswana. As an incentive, permits could be tradable like any other scarce commodity.

We must also put a stop to foreign companies getting into the country through the back door by giving shares to so-called influential people. Fronting must be made illegal and Batswana who have a significant shareholding in foreign large firms which dominate market segments must be able to prove where they got the money from.

We also need to ensure that Batswana can share more equitably in the exploitation of our mineral and natural resources. Government must take a stake in all major mining ventures and this stake should be securitised and floated on the Botswana Stock Exchange so we can all have a slice.

Similarly, in the tourism sector, the cartels should be broken up and no single company should be allowed to have more than three concessions. Community participation should be a must, and there must be community representation on boards of these companies. It should also be illegal for tourists to pay for their visits offshore because most of this money never arrives in Botswana.

We do like the idea of the introduction of toll roads which has been delayed for decades because people going to their cattle posts don’t want to pay. The Francistown, Maun and Nata, Kasane and Lobatse, Gantsi roads must be turned into toll roads under a PPP arrangement like the N4 corridor in South Africa before they become completely unusable.

Out debt to GDP pre-Covid was around 23%. This is half the average for developing countries which sits at between 40% and 50%. What’s the point in having a good sovereign credit rating if we don’t borrow?

So instead of thinking of increasing VAT or personal income tax, which will hit the poorest the hardest, the government should fund both development and recurrent budgets for the next 10 years through both domestic and foreign borrowing. 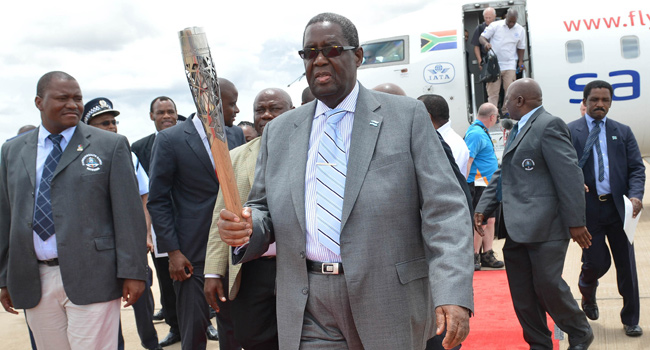