September 17, 2020 Admin
Home»Features»When Will Africa Get Back to ‘Normal’?
Features

As we face an invisible enemy that has crippled Europe and the United States, many are ringing alarm bells for Africa. Sitting around in our pajamas we are asking: “Is Africa ready for this?”, “Am I ready for this?”
A week ago, a French foreign affairs memo predicted civil unrest and regime change throughout the continent. And we are witnessing the first signs: a prison riot in Chad, South African police firing tear gas into crowds, citizens destroying a testing center in Cote d’Ivoire, plus other incidents in Kenya, Nigeria, and Zimbabwe.
However, it is a fact that African governments have reacted to the virus much faster than most Western countries, understanding quickly that the economic costs of inaction far exceed the cost of measures inflicting economic pain. African leaders quickly closed markets, schools, and places of worship, initiated social distancing measures and banned public gatherings, and imposed partial or full lockdowns.
“We know how to bring the economy back to life. What we do not know is how to bring people back to life.” – H.E. Nana Akufo-Addo, President of Ghana
Africa has a rapidly closing window to get the virus under control – with decisive action, something many of our leaders understand.
Botswana initiated a three-week lockdown with less than 20 confirmed cases and has closed schools for three months. Ghana has extended its three- week lockdown, which Ghanaians had eagerly hoping to end this weekend. South Africa extended their lockdown to five weeks – and has gone so far as to ban alcohol and cigarette sales. The whole continent reacted quickly and with decisive action weeks ago, with many countries instituting a 14-day quarantine for anyone who entered by land, air, or sea – and anyone who crossed borders within Africa.
We also have the experience of having handled Ebola pretty well, and our continent has a very youthful population compared to Western nations. Our companies are coming out with new, cheaper and more accurate tests. Some medical reports are even claiming to have evidence that the BCG tuberculosis vaccine, which is mandatory for most Africans, could help fight Coronavirus.
And we all hold onto the hope that the virus is less effective in warmer climates along the equator. So not everything is doom and gloom, but there is a question that keeps us all awake at night: When will Africa get back to ‘normal’?
“The coronavirus changes everything. We have never experienced a situation like this before and mistakes will be made over the course. We will succeed, we will adapt and we will act responsibly. – H.E. Cyril Ramaphosa, President of the Republic of South Africa and Chairperson of the African Union
The world is changing and this crisis will mark a tipping point for us all as individuals, companies, governments, and institutions. Nobody seems to know what the right actions to take are to get rid of the virus. There are two things we know: (1) the virus is here and spreading, and (2) traditional consulting services are not the answer.
So what now?
“If you have to get through hell, go through it as fast as possible.” – Stephen Bannon, Former White House Chief Strategist
“A simple plan violently executed today beats a more complicated plan that takes months and months to execute.” – General George S. Patton, US Army General during WWII
As we look back at World War II, we note the speed of America’s mobilization for the war effort, the precision with which the Manhattan Project was spun-up to deliver the most powerful weapon in history, and, finally, the decisive post-war doctrine implemented through the Marshall Plan and creation of the Bretton Woods system.
Here in Africa, we think the world should have taken some lessons from the Ebola crisis. During his presidency, Barack Obama urged governments in America and internationally to implement pandemic response readiness and warned of the consequences of not doing so. With over five billion citizens now under various lockdown measures around the globe, we will see more deaths caused by the economic slowdown than the virus itself – especially in Africa.
To get through the virus and see through recovery, Africa does not have the ability to add $5 trillion to its balance sheet.
But African countries and the international community are doing what they can in a new world that is defining itself each and every day.
South Africa has passed a $170 million stimulus for industrial firms, supplemented by a $170 million donation from the Motsepe, Oppenheimer, and Rupert families. Ghana has announced a $100 million package and is planning a second for $219 million. Senegal has moved forward with a $1.7 billion stimulus amounting to seven percent of its annual GDP, while Cote d’Ivoire is working on a package of $2.8 billion.
The World Bank has deployed $370 million continent-wide and is racing to reprogram billions in current project commitments. Last week, the African Development Bank announced a $10 billion facility for the continent. And the World Bank Group and the International Monetary Fund just announced a freeze on $20 billion in sovereign debt payments through the end of the year, with an additional $12 billion in freezes under consideration.
As assistance becomes available, leaders must decide how to prepare for a redefined future.
More help is coming. The World Bank plans to deploy $160 billion worldwide over the next 15 months. The IMF, which issued almost $200 billion in Special Drawing Rights after 2008, is likely to take similar action soon. Africa’s Bank, the AfDB can be expected to deploy larger sums to help African economies recover.
As more help arrives and larger investments are made, there are many decisions to make about how best to use the finite stimulus to navigate through and prepare for a world redefined. To make that happen, leaders will need the right intelligence, gleaned from the most detailed and accurate data, to guide their choices. Every government must implement systems to effectively coordinate their response to the virus.

“We must institute measures to isolate the virus and destroy it. We must make sure our populations have access to food, medicine, clean water, and energy until we can get back to business as usual. Most importantly, we must position our economies to recover as fast as possible.”

– Dag Gogue, Co-founder and Chief Executive Officer, TRANSITLABS USA
Every global crisis leads to extraordinary innovations and the great innovation of this crisis will be robust, decentralized systems at the local, national, regional, and continental levels for governments and institutions to make coordinated decisions in real-time.

This is the logical next step of our evolution, following the advent of such a platform for individuals called social media. And in the same way that Facebook, Twitter and Instagram enable people to communicate with each other, there will be multiple systems (decentralized Artificial Intelligence) around the globe that enable governments and institutions to communicate with one another.
This type of coordination appears to be something our leaders are thinking about as well. Last week, African Union Chairperson Ramaphosa selected four individuals to lead the continental coordination of Africa’s economic strategy during and after the pandemic: former Nigerian finance minister and former managing director of World Bank operations, Dr. Ngozi Okonjo-Iweala; former president of the African Development Bank and Rwandan finance minister following the genocide, Dr. Donald Kaberuka; former CEO of Prudential and Credit Suisse and Ivorian planning and development minister in the late ‘90s, Tidjane Thiam; and chairman at Old Mutual and South African minister under four presidents, Trevor Manuel.

Here at TRANSITLABS, we’ve been thinking about technology solutions for the coronavirus crisis. We started by focusing on what every African government needs to think about as it seeks to isolate and kill the virus while helping those in need get through. The list includes contagion monitoring and management, medical countermeasures development and tracking, healthcare and protective equipment inventories and allocations, supply chain identification and acceleration, and constant, consistent, compartmentalized communication of the latest data within governments, between governments, and with the public at large.

But the most important objective, the objective that must now become front and center, is making sure that we build solutions to facilitate the swiftest and strongest recovery for the continent.
In the mid-19th century, enlightened rule with the goal of combining modern advances with traditional eastern values was the foundation of the Meiji Restoration. The current crisis, which has us all on our heels, could actually be the wildcard that unlocks the ever-elusive ‘future of our continent’.

The time has come for Africa’s Restoration.
This is the moment when leaders need to do what they have been elected to do. They need to be quick, tough, and decisive. They need to lead.

Patrick McGee, who is half-Irish and half-Zimbabwean, has been lead investment relations officer at the African Development Bank (AfDB) for the last two and a half years, where he conceptualized and designed the Africa Investment Forum platform. Before that, he spent 10 years managing government and private sector relationships at the World Economic Forum. In March 2020, he left the AfDB to become a director at TRANSITLABS USA, a data analytics company based in Washington DC that works with local, state, and federal governments in the United States and Africa. Patrick.McGeeATtransitlabs.com 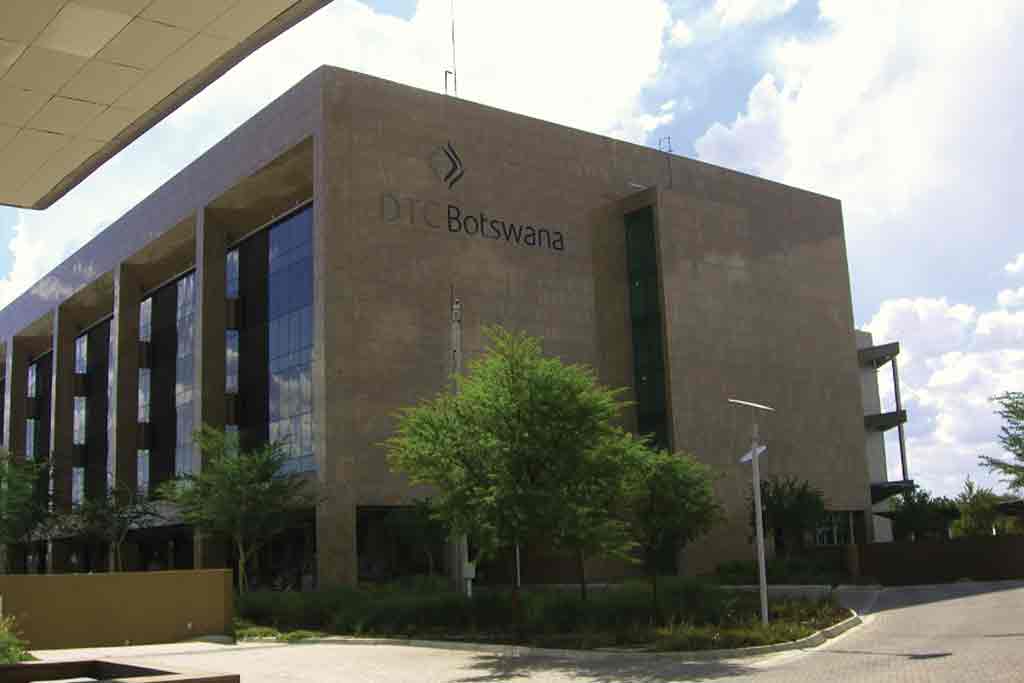