Barely two years into his appointment as Letlole La Rona (LLR) Chief Executive Officer (CEO), Chikuni Shenjere-Mutiswa has successfully completed the property company’s divestment from problematic assets. He is on the verge of signing a major acquisition regionally which will ensure that he continues paying handsome dividends. He spoke with KEABETSWE NEWEL

This week, The Botswana Gazette sat down with Shenjere-Mutiswa at the lavish CBD to get to understand what he has been doing at LLR since his appointment, as well as to appreciate his road map. When the man took over in May 2018, LLR was almost at the end of its five-year strategy. Together with the board of directors, they understood that the company had to grow further despite prevailing market conditions. Shenjere-Mutiswa said the board was cognizant of the fact that Botswana had a good fiscal image for investment and that there was an abundance of investable liquid assets which exceed P67 billion, considering the cash held by the Botswana Public Officers Pension Fund (BPOPF) and the Debswana Pension Fund (DPF) to mention but a couple.

However, LLR had to be seriously competitive and aggressive in the market to survive and attract good returns. For all that to happen, the priority was to dispose of problematic assets first.

After agreeing with the LLR board, Shenjere-Mutiswa sold LLR commercial immoveable hotel properties worth P235 million to hospitality outfit Cresta Marakanelo Limited. The properties had initially been leased to the hotel operator for years. The disposed properties were the remaining Extent of Plot 50719, Cresta Lodge, Gaborone; Plot 1169 Main Mall, President Hotel, Gaborone; Plot 6348, Thapama Hotel, Francistown; and a portion of Plot 276, Bosele Hotel, Selebi-Phikwe. These were the LLR legacy assets which contributed a third to the company portfolio

According to the LLR top exec, the lease for the properties was coming to an end in June 2020. At a time when the leases were signed, around 10 years ago, Botswana’s national inflation was recording an annual double-digit growth rate. In the leases, LLR had agreed to lease the buildings to Cresta at fixed rentals, which however attracted additional annual escalations of 8 percent. At the time, the inflation rate was above 10 percent, which made business sense for Cresta to pay rentals with an 8 percent compounded escalation.

Shenjere-Mutiswa said as years passed by, the inflation rate fell to around 3 percent, which piled pressure on Cresta because it had signed a lease to pay rentals which attracted 8 percent escalations. It meant the escalations were almost two times bigger than the inflation rate. Further, the mushrooming of hotels, lodges and guest houses tightened competition in the hospitality space, further squeezing margins at Cresta and eating into its market share, said Shenjere-Mutiswa. As this happened, Cresta’s rentals to LLR were on the rise. Given that the lease were set to expire in June 2020, Cresta approached LLR to re-negotiate new leases. First, the LLR chief said Cresta negotiated for revised rentals, which meant the rentals would have to be reduced to market value. Escalations would also have to be charged fairly, looking at the inflation rate.

That on its own meant LLR would get reduced rentals from Cresta, which would impact heavily on their rental revenue. Shenjere-Mutiswa and his board then took a decision to dispose of the buildings and use the proceeds to expand the LLR portfolio, which would be the second strategic initiative after selling off the problematic assets.

“By the end of this financial year, we will announce to the market a major acquisition that we are about to close regionally,” he said, adding that the acquisition is geared at expanding the LLR portfolio and exploring new opportunities across Africa. Shenjere-Mutiswa said under his captaincy, LLR will vigorously explore growth opportunities. However, he emphasized that the exercise will be done after thorough due diligence to enhance prudency. LLR is the biggest landlord in Botswana under the industrial property sector. “We will be doubling down on the industrial property segment,” he said. “We are very bullish in Botswana.”

LLR has been busy expanding in a quest to hike portfolio value. The conclusion of an accord with Jus Posh Investments for LLR to buy the former’s P149 million retail asset is a much crucial step by the listed property outfit to reverse over reliance on the industrial sector and diversify for better returns. The property includes all land, buildings and improvements comprising mainly a fully developed retail centre known as Watershed in Palapye in the Central District. LLR was the preferred bidder against rival New Africans Property (NAP), the dominant player in retail properties (the sector makes approximately 99 percent of its overall portfolio while industrial sits at a negligible 1 percent). Letlole announced during the acquisition that it had identified the property as a potentially favourable investment opportunity to grow its property portfolio and to enhance returns on the company’s equity.

Through these expansions, the LLR chief said he would be able to ensure that the company pays dividends.

For the year ended 30 June 2019, LLR saw revenue growing by 28 percent from the prior year’s P82 million. At that time, the CEO said the increase was underpinned by a full year’s contribution of the Watershed Mall, now accounting for circa 12 percent of total revenue. This asset came into the portfolio at the tail-end of the 2018 financial year. Further, annual rental escalations averaging 7.5 percent underscore the quality of the portfolio which was also enhanced by the purchase of the newly developed, fully tenanted warehouses at Block 3 in Gaborone.

As a result, operating profit increased 22 percent while net cash from operating activities grew 16 percent with tighter working capital management and improved cash collections. This resulted in core cash resources ending the year at P44 million, significantly higher than the P34.5 million seen during the previous corresponding period. LLR is currently on a closed period and is expected to release half-year results soon.

"Butterfly Was The Most Hated DISS Agent" - Magosi 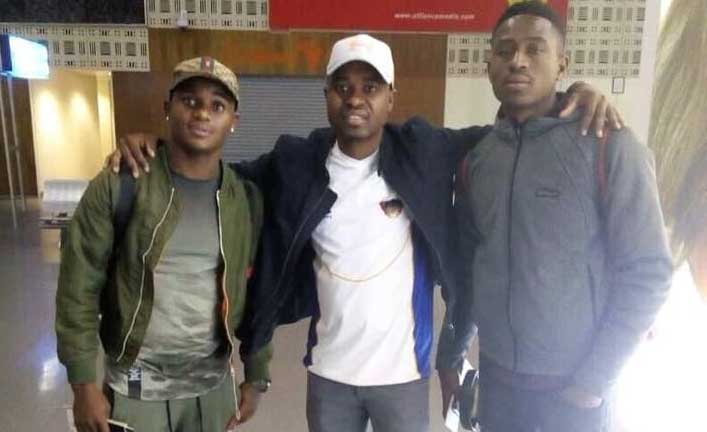