March 26, 2020 Admin
Home»Forum»Seza: Taking The Bull By The Horns
Forum

In the midst of the diamond sector volatility, declining Southern African Customs Union (SACU) revenues on the back-drop of weak intra-trade between member states, as well as low tax revenue, Botswana finds herself desperate for increased private sector participation in the economy. Efforts to diversify and attract foreign and domestic investment have been not so impressive, hence the establishment of the Special Economic Zones Authority (SEZA) to augment them. As new broom at the helm of SEZA, Acting Chief Executive Officer (CEO) finds himself taking the bull by the horns. He spoke to KEABETSWE NEWEL.

The Showgrounds, one of the pre-eminent corporate office locations in Gaborone, is home to the SEZA headquarters. The offices are located on the third floor of the FairScape Precinct, strategically placed in the heart of Showground Office Precinct. The state-of-the-art development is unique and trend-setting as it is a mixed development tower standing at 15 storeys.

Somewhere in that iconic building that overlooks the scenic Gaborone Dam (especially now that it is filled to the brim) and the city landscape, a ‘village boy’ from Matobo captains the SEZA ship. Matobo is a small village in the Central District of Botswana. It is located 10 km south-east of Tutume, close to the Zimbabwe border. The village has a population of 1,314 as per the 2001 census.

In an interview with The Botswana Gazette, Ndzinge says he completed his senior schooling at Naledi Secondary School. He grew up a soccer player, having played for a team that is now called Flamengo Santos, which at one point played in the premier league. Suddenly academics took over, and Nzdzinge says he had to quit soccer. He pursued his Bachelors in Accounting at the University of Botswana (UB). At that time he was lucky to have been recruited straight from class by international audit firm, Ernst & Young, to work as an internal auditor. After two years, Ndzinge says he joined what was then called Grant Thornton (Acumen), then one of the big five audit firms here.

Ndzinge says he then joined Botswana Power Corporation (BPC) as an Auditor and then Accountant. After some time, he was appointed Principal Revenue Accountant, a position which was responsible for collections at BPC. “It was at a time when the BPC was in serious financial troubles because customers owed it over P500 million in uncollected funds,” he says, adding that it was upon him to find a solution.

Ndzinge says it was then that he conceptualised and introduced the prepaid payment system that has ensured that no customers ever owe BPC because customers have to pay for electricity before they can use it. He says they further introduced prepaid vending to ensure convenience amongst BPC customers. All households and businesses use prepaid in Botswana. Ndzinge would further join the Botswana Unified Revenue Service (BURS) as General Manager for Transformation and Modernisation, tasked with modernising systems at the taxman. It was just a few months before SEZA was established around 2017.

Ndzinge applied for a Director Shared Services position, but since SEZA was in its formative stages, he was appointed to hold the fort as an interim CEO. Special Economic Zones (SEZs) are but a new concept in Botswana. Ndzinge says the modern version of SEZs was first established in the United States (US) in the 1930s and that other zones didn’t show up outside the US until three decades later, starting with the Shannon Free-Trade Zone in Ireland in 1959. He adds that the idea started to slowly gain traction in the mid-1990s.

“Today, nearly 4,000 SEZs have been set up in more than 130 developed and developing countries,” he states. “Despite this appeal of SEZs and corporate enthusiasm for them, it took a while for the concept to take root.”

In a quest to boost efforts towards FDI and to also support domestic investment, Ndzinge says there was establishment of SEZs under Botswana’s SEZ Act 2015. The idea, he says, was to develop geographically delineated areas, usually physically secured with a single management or administration. The areas would offer benefits for investors physically within the zones. Further, he says, the zones would have a separate customs area (duty-free benefits) and streamlined procedures.

Ndzinge says the aim is to attract FDI, promote exports and industrialisation, as well as serve as “pressure valves” to alleviate large scale unemployment, support wider pilot reforms and act as experimental laboratories. In SEZs, there are one-stop-service centres aimed at cutting red-tape and increase efficiency. “Investors are impeded by high costs of setting up businesses,” he notes. “SEZs will invest in infrastructure. SEZA will make sure there are roads in those SEZs, Internet bandwidth, enough power and water, as well as create an eco-friendly environment.”

Ndzinge says people who used to think it is expensive to set up here will now have a plug-and-ready infrastructure where investors can just come and start business immediately. He adds that the investors will have incentives like lower tax rates. With all this, Ndzinge says a diversified and export-led economy can become a reality.

CONFLICTING ROLES WITH OTHER STATE INVESTMENT ARMS
There is confusion that roles of SEZA are somehow overlapping with those of Botswana the Development Corporation (BDC), the government investment arm, as well as those of Botswana Investment and Trade Centre (BITC). BDC invests on behalf of government while BITC is tasked with attracting investors. Ndzinge clarifies that BDC invests in existing businesses, which SEZA does not. He says SEZA primarily develops infrastructure and readies it for investors to reduce the costs of setting up. He says they set up the SEZs and regulates them, which is why they are an authority that regulates the SEZs.

Further, Ndzinge pronounces that BITC works closely with SEZA when searching for investors. He says BITC actually uses the SEZs as a selling point to attract investors, which he says means that they somewhat make the BITC’s job easier.

HOW THE SEZs ARE IDENTIFIED
What Ndzinge and his crew did was to identify areas where Botswana has comparative advantages. The Lobatse Leather Park, for example, was placed in Lobatse because the Botswana Meat Commission (BMC) which produces the raw materials such as leather, cow hoofs and horns for the manufacturing of leather (seats, belts, bags etc). A button making firm is located in Lobatse for similar reasons.

SEZA has also identified Pandamatenga as a SEZ. Ndzinge says it is because the area has fertile soils for agricultural produce and that by setting up infrastructure there, it will be easy for farming investors to set up there. “We will erect silos in that area for farmers to ramp up production,” he reveals.

There are eight SEZs countrywide. The first one is in Pandamatenga. There is a mineral beneficiation type of SEZ in Francistown near the airport that will also act as a transport hub. There is also an agro-phonics SEZ in the Tuli Block, two in Gaborone, being the financial technology at Fairgrounds focusing on financial services and another one at Sir Seretse Khama International Airport (SSKA) for mixed use. There is one in Palapye that focuses on energy production aimed at diversifying away from coal to solar. In Selebi-Phikwe, the SEZ focuses on mineral beneficiation and the leather park in Lobatse.

ONGOING SEZA PROJECTS
According to Ndzinge, SEZA is prioritising four of the eight SEZs, being the Lobatse Leather Park, the two in Gaborone and the Pandamatenga SEZ.

He says it is because Pandamatenga is important for food security. Further the fintech one at Fairgrounds is already built and only needs investors. He adds that 30 percent of FDI inflows into Sub-Saharan Africa are in the fintech space. Further, SSKI was funded so it can be developed. SEZA is working with LEA at the leather park in Lobatse where 360km2 of land will be used to make the park.

SEZA recently awarded a number of multi-million pula tenders for the development of key special economic zones as part of its five-year strategic plan. The Authority has awarded masterplan tenders for the SSKIA, Fairgrounds, Lobatse and Francistown SEZs. “Each of these zones have moved from high level feasibility and are now at extensive master planning and detailed design stage,” he says.

Citizen owned multi-disciplinary engineering and contracting firm, Bothakga Burrow, was the biggest beneficiary, snatching a P100 million tender for the detailed design, infrastructure development and construction of a 1.8-kilometre dual carriageway at the flagship SSKIA-SEZ. The project includes provision of underground services like fibre, power, smart city ducting, water and CCTV. SSKIA is a multi-use SEZ that is targeted for aviation, diamond beneficiation, innovation, manufacturing, cargo, pharmaceutical and specialist automotive industries that have potential for 100 percent export substitution.

The masterplan tender for development of Gaborone Fairgrounds was awarded to Royal DHV Haskoning Botswana at the value of P13.8 million. They are expected to deliver in June 2020
Royal DHV Haskoning was also awarded a P14.6 million tender for development of the Francistown SEZ for which 700 hectares of land has been reserved for targeted activities in mineral beneficiation, cargo, freight and logistics, as well as aviation.

The much-anticipated dairy and leather industries will come to life at the Lobatse SEZ, which encompasses the 368-hectare Spitzkop Farm, a 38-hectare dry tannery and water treatment ponds. As expected, key economic activities in Lobatse will include meat and leather processing, dairy processing and finished leather goods. Ndzinge says the masterplan tender for Lobatse has been awarded to Gabana Architects Consortium at the value of P8.5 million.

Gabana Architects Consortium has also won the Selebi-Phikwe tender at the value of P7.3 million; and is due to deliver in July 2020. “The Authority has secured 1020 hectares of land in Selebi-Phikwe, targeted for economic activities in metal beneficiation, agro-processing, textiles, pharmaceuticals and medical services,” reveals Ndzinge. 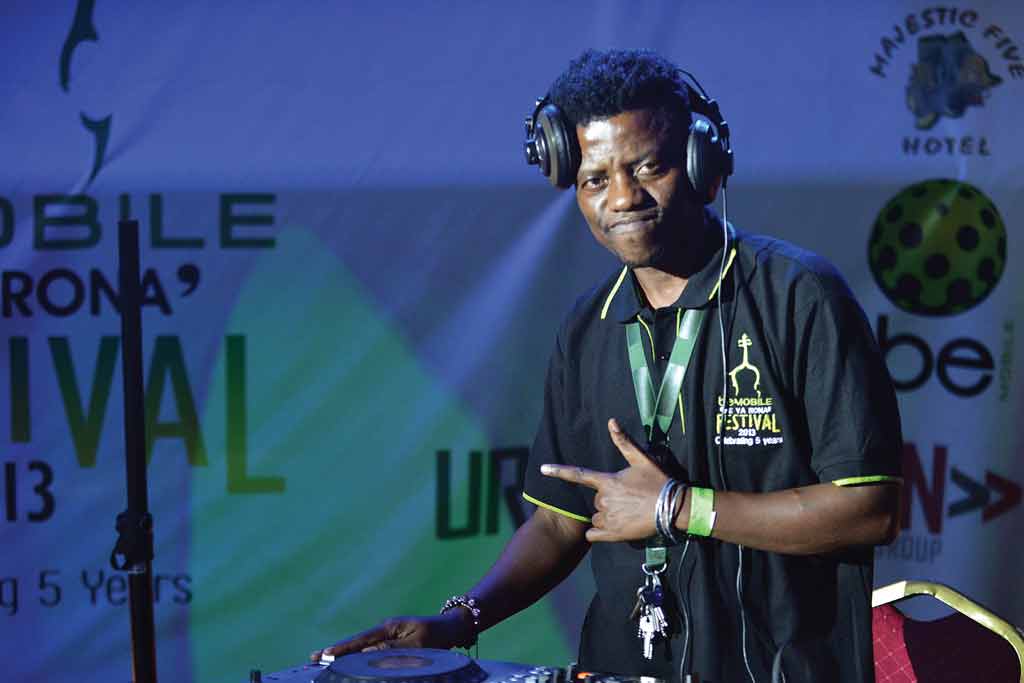