he Public Accounts Committee (PAC) examined Accounting Officers from 20 May to 14 June as per Standing Order 95 of the National Assembly. The examinations related to the accounts of Government for the Financial Year ended 31st March 2012. After the examinations, the PAC submitted its report to parliament and some are being considered. The report does not raise new issues; rather, it is the same potpourri of fiscal misdemeanors such as under-expenditure and over-expenditure. Given these problems, what is the way forward?

It is important to state upfront that the Public Accounts Committee is an important accountability mechanism by parliament over the executive arm of the government. In this regard, ‘Public Accounts Committees have been described as the “ultimate institutional judge” in the ex post process of assurance in Parliament of regularity, propriety and “value for money (Commonwealth Parliamentary Association, 2006; Parliamentary Financial Scrutiny: The Role of Public Accounts Committees, p. 6).’ PACs have a long tradition in the United Kingdom and, in this regard, the first PAC was established in the United Kingdom by a resolution of the House of Commons in 1861. Subsequently, this tradition was exported to former British colonies that are now constituted as the Commonwealth. At the same time, PACs are found in non-Commonwealth countries (Rick Stapenhurst and Riccardo Pelizzo, 2007; Public Accounts Committees; a critical institution for parliamentary oversight). Thus given the principal-agent relationship between the citizens and the government, the citizens exercise superintendence of the use of public funds through parliament. Since the whole parliament cannot effectively do this job, the same is delegated to a select committee; PAC, that lays its report before parliament.

As a member of the Commonwealth, Botswana adopted the institution of the PAC upon attaining independence in September 1966. The PAC is provided for as per standing Order 95 of the National Assembly. In this regard, the PAC meets midyear to consider the report transmitted to parliament by the Auditor General. Hence, the PAC examined Accounting Officers from 20 May to 14 June as per Standing Order 95 of the National Assembly. The examinations related to the accounts of Government for the Financial Year ended 31st March 2012. The examinations did not unearth new issues; rather, it is the same potpourri of fiscal misdemeanors such as under-expenditure, over-expenditure and unauthorized procurement (this is against Public Procurement and Asset Disposal Board (PPADB) Act [2008]. Relatedly worrying is the issue of requests for retrospective approval of procurement deals much against the provisions of section 44(1) of the PPADB Act which forbids the Board from granting retroactive approvals.

Ending, it does not bode very well for good governance that there is a lackadaisical attitude towards financial husbandry of public funds. A reading of PAC reports points to a systemic problem; lack of financial accountability and an entrenched culture of impunity. Particularly, the latter means that erring officers are aware that no punishment will ever be visited upon them for their wrongdoing. Hence moving forward, there is a need to strengthen the PAC by, amongst others, clothing it with powers to recommend punishment that is enforceable in the courts of laws.

BPL, BFA reach a consensus on the BTV deal 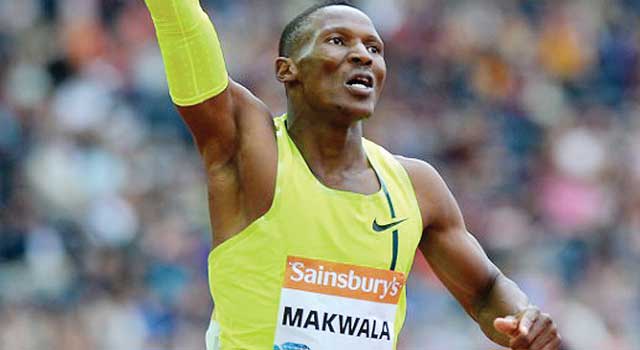