A permanent decline in diamond production lies in wait in the future of Botswana’s economy and Botswana has as a result been advised to put shock absorbers in place such that when the depletion of gems does actually occur, it is in a better position to cope.
The 2015/2016 financial year unfolds within volatile growth prospects, a situation that recognizes that an assertive thrust in non-mining sectors, particularly the private sector, is needed to achieve inclusive growth. What the budget clearly puts across is that domestic enterprises have a role to play in not only accelerating growth but in sustainably achieving it.
Director in Policy Advocacy at BOCCIM Dichaba Molobe expressed that they had expected this year’s budget speech to announce bold steps in creating space for the private sector but it however did not come out clearly as the transfer of enterprises from the public sector to the private sector, privatisation as it is commonly known,  appeared to be a matter of least importance.
Dichaba also articulated that despite the all-round agreement by all interested parties in treating job creation as the most pressing matter, there was however no clear-cut mention of specific game changers in the form of reforms relating to the business environment. “The private sector needs a conducive environment in which to operate and the role of reforming the environment lies with government. The creation of that environment will enable the private sector to grow and help create jobs” he said.
Afena Capital Managing Director Bakang Seretse opined that the weakness of government lies in the existence of good policies that are not supported by a strong implementation framework. He summed up the budget as one that reflected stability and reinforcement of sound government spending policies.
Seretse called for a rigorous interaction between businesses, labor and government to ignite investment and growth, which consequently opens the doorway to job creation. “We can’t have a growing economy that creates jobs unless the business sector is vibrant and growing. To that end we need to ensure that there is competition, allow for new market entrants and have a “willingness to hire” environment. More importantly, government needs to use its strong procurement to influence the  industrialisation of Botswana by favouring local companies” he said.

Anglo American to return up to $1 billion to shareholders 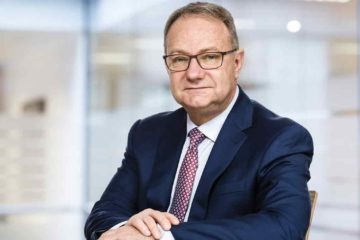