“But the corner that Botswana has to turn is that of entrepreneurship,” these are words that were uttered by the Faculty chair of Kelley School of Business, Professor Philip Powel, after he had painted Botswana as Africa’s iconic example of a transformational environment.  He had said that to demonstrate that the most ideal way for his students to learn is learning by adding value and as such Botswana’s transforming nature presents such an opportune environment for that kind of learning to take place. Powell said this last week Monday at the official welcome of his team.
In 2013 Local Enterprise Authority, LEA, began a 3 year collaboration to expose its clients to forward looking mentoring interventions through the Institute of Development Management IDM’s partnership with Kelley school of Business of Indiana University in America. Kelley School of Business of Indiana Univesity attaches its postgraduates students for a period of a week to 5 LEA assisted businesses so as to help them with their progression.

Speaking to Gazette Business Professor Powel revealed a trait that had repeatedly shown itself in the entrepreneurs that participated in the first year. He said that the entrepreneurs displayed a character of deliberate patience, which he supposed reflects the culture of Batswana. He attributed the prolonged nature of the business development cycle to this trait, which he also said is the reason businesses take a while to get going. He admitted that such a trait enables entrepreneurs to study the environment closely for the long run but it however becomes disadvantageous in a fiercely competitive global environment in that businesses are required to move quicker in such a challenging environment.

When answering a question on the changes that have taken place because of the lessons that were drawn from the first year experience, Professor Powell said LEA advisors became involved much earlier which means that they are learning alongside the students which therefore makes it possible to have a co-creation of ideas. He added that because LEA advisors have become actively involved they are no longer just consumers of ideas, which now makes the program more organic. This he concluded makes it easier to put into practice what the students recommend.

LEA had not invited 2013 participants but had rather invited the 5 LEA clients that are participating in this year’s program. Amogelang Nkitseng runs Amogelang Sorghum Milling and he testified that the experience opened his eyes to the best practices in branding. He said he was encouraged to improve his product’s brand positioning on the package so as to increase its visibility on a store shelf. He also attested that he gained deeper understanding on the value-chain costing of his product which therefore makes it easier to control costs. Despite the progressive activities that he has been assisted with he said that challenges within the market belittle the attempts made. He cited an example that supermarkets buy his product in very small quantities and places it on the shelf for a shorter period of time as it is the case that these supermarkets also have their own “house-brands” that they aggressively promote.

When asked about the criteria used to select participants, LEA’s Acting Director in the National branch network Obakeng Segwagwe, said that selection was based largely on the entrepreneur’s drive which could easily be picked from the entrepreneurs’ communication of future aspirations, which also made it possible to measure the business’ sustainability.

Depression in the work place: Are we confusing having a career with having a life? 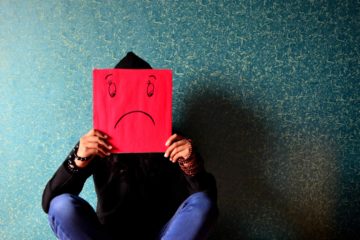