Following several calls to local musicians by MultiChoice Botswana to submit their music so that they stand a chance to perform at the Big Brother Africa show, local musician Atlasaone ‘A.T.I’ Molemogi got a rare opportunity this past Sunday when he performed at the eviction ceremony of this year’s edition dubbed The Chase, with the rest of Africa watching. A.T.I is one of the few Batswana artists to perform on the BBA stage. Others include Zeus, SCAR and Vee. On Sunday, A.T.I opened the show with his famous song, Ke Lekhete, and on the second half of the show he performed Sabliff, a new single from his Delux edition album.

His performances were charged with energy, busting moves that had the crowd as well as social networking sites roaring with approval. Entertainment journalist, Philip Mwaniki from Kenya had this to say about the performance; “I didn’t know Botswana had such talent. I didn’t understand most of the lyrics but the way that guy was so energetic, one can’t help but watch. His dress sense and moves showed that he was a true performer. I enjoyed his performance and it was nice to actually see an artist from Botswana doing his thing and that black tear is interesting.

I wonder why he has it though.” Following A.T.I’s performance, Zimbabwe’s representative in the BBA, Pokello and Sierra Leone’s model, Bassey were evicted from the House. Their elimination from the game did not come as a surprise to many. Nonetheless, the two will be remembered for their interesting dance moves in the house, especially Pokello who many thought was somewhat a thereat and overconfi dent. Meanwhile, Botswana’s representative, O’neal remains in The Chase for possibly walking away withUSD 300, 000 (close to P2.1 million). 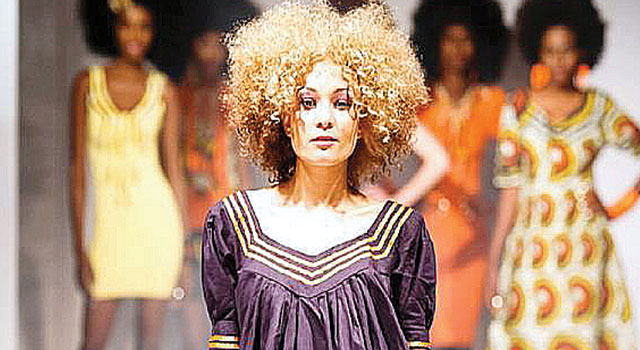