The newly launched network wholesale provider, Botswana Fibre Networks (BOFINET) may soon face stiff competition for its business. According to sources in the telecommunications industry, BOFINET will not be the only provider of bandwidth in the country as mobile network operator, Mascom is set to procure its own infrastructure.

Sources close to the situation said Mascom was at an advanced stage to hook up a line that would run from the South, and will rival BOFINET’s Eastern (EASSy) and Western (WACs) cables that were procured by government at a cost close to P500 million. BOFINET, as part of the ongoing privatisation of government owned Botswana Telecommunications Corporation, was planned as a nationwide investment that would reduce telecoms connectivity cost for both retailers and consumers as the infrastructure cost had already been borne by the government.

However, these latest revelations throw a spanner in the works as the remaining BTC business; Mascom and Orange were the major target bandwidth consumers of the two cables. Sources claim that while Mascom will do the initial investment, negotiations with Orange are also ongoing for the usage of the former’s cable, a move that could potentially threaten BOFINET’s business in the country. Mascom will continue to be a BOFINET client for the foreseeable future until a time their network infrastructure will be ready to run on its own.

Reached for comment, Mascom Head of Communications, Tebogo Lebotse confirmed the investment. “As part of our long term network development and investment strategy, Mascom is undertaking a fibre project to provide independent capacity for our traffic between Gaborone and Ramokgwebana Border,” she said. She further said that plans were underway and they expect to complete the project by the end of 2013. “The fibre project will ensure that the needs of Mascom customers for both voice and data services in the area covered are adequately addressed in the present and into the future,” she said.

Sources have said that while Mascom will take a financial knock on the initial cost of investment in dark fibre, it will be banking on it being cheaper for them and even profitable in the long term if they can get other retailers on board.
Orange is reportedly paying close attention to the developments and have held meetings with their rivals, while playing a wait and see approach to the cables to be availed.

Orange’s Director Corporate Affairs and Chief Compliance Officer, Lepata Mafa said currently there are different stakeholders investing or having invested in fibre and thus providing with a wide choice to pick one that would ensure cost effectiveness, quality and customer experience. “When it comes to internet there are few strong enablers, one is the international bandwidth as most of the content is overseas, but also the local connectivity, so we will explore all opportunities, the priority being to optimize the use of existing infrastructure if the access cost are effective, if they are not we will consider building our own infrastructure,” she said.

BOFINET’s spokesperson, Kungo Mabogo said that they were aware of Mascom’s plans and were trying to dissuade the move as they can guarantee cheaper connectivity for the industry as a whole. “We are aware that they (Mascom) have been looking at getting their own cable,” Mabogo told Gazette Business in a telephonic interview recently. She said that before BOFINET, pricing was very high for Mobile Operators, ISPs and the wholesaler had minimised its pricing to ensure that there is no need for a rival cable.

Mabogo said while they were engaging local operators, it was worth noting that they have the capacity to sell their IPP internet line and IPLC telecommunications lines outside Botswana though they would rather satisfy the local market first as per their mandate. 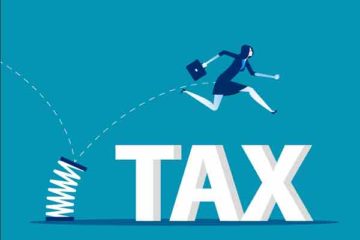