FRANCISTOWN: After successfully lobbying the then Acting President Ponatshego Kedikilwe to postpone the Francistown West bye election from November 23 to January 25, the framers of the controversial petition are said to be working on another petition to compel President Ian Khama to cause their preferred candidate Ignatius Moswaane to participate.   This follows foiled attempts to persuade the High Court in multiple cases to allow Moswaane to take part in the bye election. The court battles culminated in a dismissal with costs of an appeal by the Botswana Democratic Party (BDP) and Moswaane by the Court of Appeal.

The authors of the allegedly fraudulent petition, signed by among others dead people, are said to be drafting another petition to compel Khama to allow Moswaane under the BDP ticket to run for the bye election. The petitioners are said to have been angered by the Court of Appeal decision to bar Moswaane and the BDP from contesting, arguing further that as interested parties they were never involved in the judicial process which lead to the decision.
Though they are cagey about the details of the looming petition, the petition leaders Xolani Shala and Zazambi Tuelo insist that as electorates in the constituency they did not take part in the court battles relating to the bye election, something which they argue greatly prejudiced them.  They contend that the laws of the country should reflect the will of the people and take heed of their interests. “Any law is made to serve the interest of the people.  Our observation is that these elections were not about the will of the people but rather about the interests of Whyte Marobela, Moswaane as well as the IEC. Therefore we want to counter this Court of Appeal decision by petitioning the head of state,” a defiant Tuelo told the North Cast.

Tuelo dismissed allegations that their initial petition was fraudulent, arguing that it was authentic and signed by Francistown West constituents on their own volition to get their preferred candidate to participate in the bye election. “Most of the people who are in the first petition are being intimidated by some people who call themselves Investigation Unit. So I appeal to the petitioners to remain focused and resist intimidation because it is their right to sign the petition,” Tuelo said adding that no one will silence them during their struggle.

Quizzed about his political future since he will not contest the January bye election, the outspoken Moswaane concurred with the group that the electorates were not part of the court battles. “Nowadays we are living in a civilized society where electorates know their democratic rights, hence people should understand that voters are more important than political parties,” he said adding that he believes that the electorates should have also been considered.

Moswaane and the BDP were taken to court by Marobela who alleged irregularities in the primary elections leading to the bye election. The BDP and Moswaane lost numerous cases before justices Tshepo Motswagole, Terrence Rannowane and Godfrey Nthomiwa of the High Court and lately the Court of Appeal in their bid to take part in the bye election.

2013 - A year packed with controversy

Rollers downplays Masule’s exit as a result of ill discipline 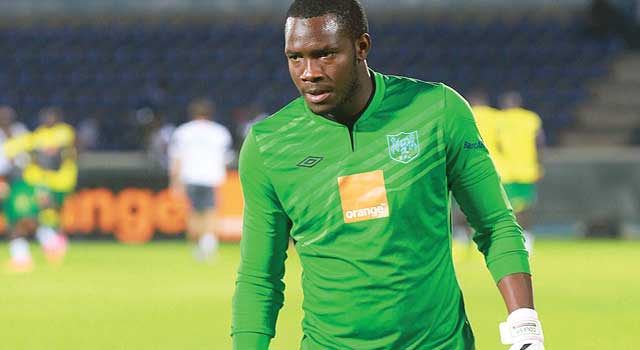