The University of Botswana Law lecturer, Patrick Gunda said statements made by three judges to the Judicial Service Commission (JSC) in their apology to President Ian Khama and the Chief Justice will lead the public to lose confidence in the independence and impartiality of Judges in the future.
Three judges have distanced themselves from, thereby compromising the position they had associated themselves with, in the petition letter written to the JSC complaining about Chief Justice Maruping Dibotelo’s leadership.

In a leaked letter written to the JSC, one of the three judges has characterized his withdrawal of his signature from the petition due to his loyalty to President Ian Khama and the Chief Justice.

Gunda stated in an interview that it was difficult to understand the statement made by one of the judges who indicated that he was “loyal” to Khama.
He said that though judges are expected to deliver according to their judicial functions, there is likelihood that their decisions will be perceived as unfair in the future.

Gunda stated that this could happen in incidents where judges pass rulings that are favourable to the President or the Chief Justice.
“I fail to understand their loyalty to the authority.  In the event that there are cases that are heard by those judges involving the Chief Justice and the authority (government), there is a higher chance that people will perceive their ruling as unfair when their ruling favours the authority,” stated Gunda.
Justices, Kholisane Solo, Bengbame Sechele  and Barnabas Nyamazabo  wrote to the JSC withdrawing their signatures from the petition against Chief Justice  Maruping Dibotelo . Solo pledged allegiance to President Khama and Justice Dibotelo.

In his letter, Justice Solo stated that, “I express my loyalty to the Chief Justice and appointing authority who stood for my appointment when I was in my moment of despair.”

Justices Bengbame and Nyamazabo also apologized and withdrew their statements, which they said, disparaged the Chief Justice’s character.
The 12 judges, including the suspended four indicated that it was difficult to serve under Dibotelo’s leadership.

Justices Key Dingake, Modiri Letsididi, Mercy Garekwe and Ranier Busang supported by colleagues Michael Leburu, Tshepo Motswagole, Bengbame Sechele, Gaolapelwe Ketlogetswe, Barnabas Nyamadzabo, Godfrey Nthomiwa, Lot Moroka and Kholisani Solo demanded an audience with the JSC as a matter of urgency.
The petition, which is attached to the Court papers in the Application filed by the four suspended Judges, is referenced ‘Leadership Crisis in The Judiciary’. The High Court judges state that among other things, Justice Dibotelo has threatened to destroy careers and has made defamatory remarks concerning his colleagues.
The judges used the housing allowance as an example where they stated that the way Justice Dibotelo handled it clearly indicated that the CJ was determined to destroy the careers of “some judges”.

“The differential treatment with which the matter of housing allowance has been handled is confirmation of the Chief Justice’s agenda to destroy careers of some judges,” the judges stated in the petition.

The petitioners argued that the housing allowance issue was administrative and could have been handled differently and not referred to the JSC. “Referring such an internal administrative issue first to the JSC and then to the police before he could consult with the affected judges still proves his intent to destroy careers, “added judges in the petition.

A CATCH 22 FOR THE JUDGES
On the 3rd of September 2015, Justice Solo wrote to Justice Dibotelo and the JSC issuing an apology to the Chief Justice for his role and participation in the Petition that has led to the impeachment proceedings against Justices Dingake, Garekwe, Letsididi and Busang.
The letter which is innocuous in so far as it is an apology raises huge concerns about the independence of the Judiciary and the nature of the crisis facing not just the Judiciary but the nation.
It also raises enormous concerns of the integrity of the Judges who have since retracted their affiliations with the petition against Justice Dibotelo and in the process pledge allegiance to the Chief Justice and the Executive, being President Khama.
Solo sates in the final paragraph of his withdrawal letter that he pledges his “loyalty” not only to the Chief Justice but to the “appointing authority”, the appointing authority is, the President of Botswana, ‘who rescued me in my hour of despair.’
Justice Nyamazabo in a similar letter dated the 8th of September 2015 also apologizes to the Chief Justices, stating that he attended the Mahalapye meeting of the 15th of August to understand the concerns of the four suspended Judges and as a result got caught up in the “group think” and signed the petition as a result.
Justice Sechele in a more circumspect letter, dated the 9th September candidly states that he has had occasion to rethink the contents of the petition the Judges co-authored and as a result of his reconsideration apologizes to the Chief Justice.

The three Judges retractions however raise concern over what considerations may have induced them to issue the apology. The petition they jointly signed states issues of fact agreed by all 12 signatories. It is difficult to comprehend what new factors would have caused these three judges to reconsider their position.
The petition complained of which led to the suspension of the four judges by the President has been filed in court and attached to proceedings in court as annexure “E”. It calls upon the JSC to impeach the Chief Justice for conduct unbecoming of his office.

Justices Nyamadzabo, Solo and Sechele were part of a composition that signed a petition with allegations leveled against Justice Dibotelo that:
*He threatened to use the issue of housing allowances to destroy careers.
* He will ensure none of the Judges become Chief Justices on the basis that they are not fit and proper
* Of tribalism and racism by virtue of Justice Kirby, a white man, leading the Court of Appeal.
* That Dibotelo made disparaging remarks about Kirby’s ethnicity as a predisposition for his troubles
* Of slanderous and defamatory statements- that Justice Dibotelo accused Judges of having their palms greased
*That the CJ believes in witchcraft and that his traditional doctor informs him that AoJ staff and Judges are bewitching him and he will send lightning to strike with a catastrophic effect.
* Of differential treatment of the housing allowances issue confirming his threat to destroy careers.
*That the above constitutes but only a tip of the iceberg and that there are other matters, extremely sensitive to be presented before the JSC and the Judges.
*And that they find it difficult to continue serving under Dibotelo’s leadership until the matter is resolved

TRUSTWORTHY?
Summing up the detailed yet damning allegations which the three Judges have since disassociated themselves from, emerging questions remain in regard to their supposed lack of independence.

In this regard, the Botswana Public Employees Union (BOPEU) issued a public statement that the credibility and functionality of the judiciary has been eroded and that the Chief Justice, together with the three apologetic judges, should resign.
The union further argued that while the courts will pronounce on the legal issues, the way the matter was handled points out to a “witch-hunt and scheming of succession planning” from the part of the Executive. Further, that Justice Solo’s pledge of allegiance to the President is the epitome of a caliber of judge that cannot exercise his discretion when executing their judicial roles.  The nation’s confidence in the judge as an impartial guardian of the rule of law is subjected to intrusion and the Judges retractions following an extended olive branch of amnesty by the Executive, overtly lynches judicial independence further. 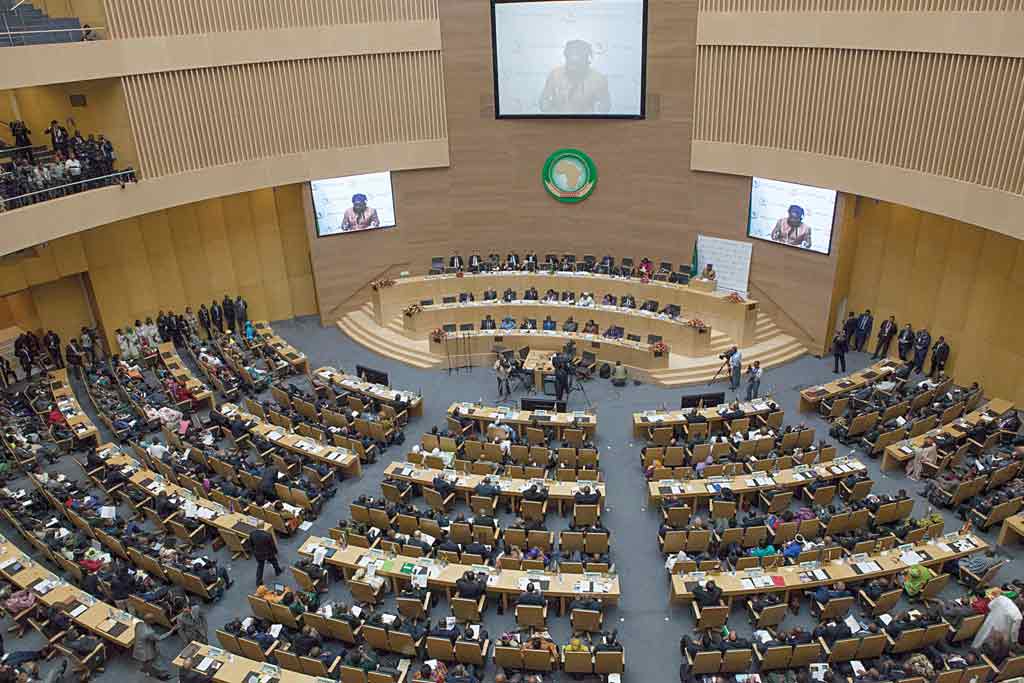