According to Tertiary Education Council (TEC) student Charter, students should be represented by a democratically chosen Student Representative Council ( SRC) in their respective institutions of learning  and be able to participate in its democratic processes and make use of its services and facilities as per the SRC’s constitution. In recent times SRCs have been in the spotlight for conflicts with their institutions’ management  and sponsor in the form of the government. This has raised the question, how important are these student bodies? Are there any benefits to the students politicians who find themselves in these positions?

Trainers and Allied Workers Union President Allan Keitseng (TAWU) himself a former SRC President at the former Polytechnic, feels SRCs are very important as they act as a link between students and administrators at different levels. He said the institution is a hub for nurturing future leaders where students can apply what they learn.
Keitseng said even though some people feel SRC should stay away from partisan politics, he does not see anything wrong with SRC members aligning themselves to political parties as long as it does not interfere with what they stand for, which is to represent all students on issues of concern.

Keitseng further said he has noticed that some administrators fear robust SRCs and reduce them to mere messengers. He said in such a hostile environment, the SRC will not be able to think independently and advise the institution accordingly. He said the “prefect system” which appears to be the norm in some institutions is unacceptable and reflects badly on the leadership.
Comparing the SRCs in the 80’s and those of the modern day, Keitseng said the SRCs back then were radical and constructive and were not appreciated like those of today,  adding that they knew a lot about politics. Keitseng conceded though that SRCs today have a lot more issues to deal with like sponsorship and book allowances, something they never experienced.

According to  Botswana Federation of Trade Unions (BFTU) Secretary for Publicity and International Relations, Edward Tswaipe, yesterday’s SRCs led demonstrations over the resignation of corrupt cabinet ministers in the National Development Bank and BHC scandals, fought ugly battles with the police, in such cases as the trial of Sergeant Tswaipe, Nkomati, Malebogo Baoki and the Segametsi riots, while today’s SRCs only confine themselves to curriculum issues hence  today’s SRCs are much calmer compared to that generation.

After being expelled from school for allegedly instigating and participating in a class boycott, Former Limkokwing University of Creative Technology (LUCT) SRC President Poloko Pitwane developed interest in politics and is now aspiring for political office. Pitwane is vying for a parliamentary seat against political heavyweights like in Robert Masitara of the BDP, Duma Boko of BNF and Annah Motlhagodi of the BCP for the Gaborone Bonnington North Constituency.

McDonald Tumiso ‘Chillyboy’ Rakgare, former UB SRC President who is contesting for a Parliamentary seat in Mogoditshane under the BCP ticket, says the role of the SRC is to,  among other things, provide checks and balances on the university management and the Education ministry, advance student interests, ensure that the learning environment is conducive and groom future leaders

“The problem with institutions in Botswana is that management tends to suppress SRCs; they make life difficult for them knowing that they have support from the ministry officials such as the minister and her assistant. SRC members are not resourced as compared to those in other countries, they have to balance the SRC duties with their school work and it’s never easy,” Rakgare said.
Sharing his experience when he was in the University of Botswana  SRC, Rakgare said,  “There is lack of accountability; most of them do it for fame. They hardly have a clear road map. When I was at the helm of the UB SRC, I shared my vision with the rest of the team but to my disappointment all they wanted was to misuse funds and be famous. I had put issues such as persuading UB management to re-look into rearranging the University semesters to allow students time to do part time jobs so that by the time they finish at UB, they would have gained experience. I always preached respect for stakeholders, wanted to promote the spirit of togetherness but bone ba ipatlela go senya hela but not all of them, ba bangwe were willing to do the right thing.

Rakgare said you cannot divorce students’ politics from partisan politics because some of the activists are at the universities and they would want to pursue the agenda of their political parties.  He also pointed out that people like Ntuane, Saleshando, Kagiso Ntime, himself and others who are active in partisan politics started at UB.

Kabelo Mhuriro, former SRC minister at Botswana Accountancy College (BAC) says student politics is a sensitive topic to discuss and  has its ups and downs. Mhuriro said in most tertiary institutions in Botswana student leaders tend to lose focus on their true mandate, and start pushing personal agendas. “Most of them believe it is natural to display undesirable behaviour when advocating for students, which is wrong. Student advocacy is primarily being the voice of the masses, you are a representative not an initiator. People should learn to differentiate the two,” he said

For Tiro Diepo, current UB SRC Vice President, the SRC is a vehicle for collective bargaining between the student community, the management of the University and other stakeholders of relevance. The SRC protects and advance the interests of the students. “The SRC plays a critical role in decision making as it influences and advises the managers accordingly, it is an absolutely necessary body established under the University statutes and its members who are democratically elected are discharging a very vital function in the life of the University,” he said.
Diepo said he has learned a lot since he assumed the position “Representing a student body of more than 15000 students from diverse cultures, traditions and upbringing has enhanced my tolerance, humility and appreciation of other people. It has furthered my leadership ability and strengthened my character. It has taught me a lot.”

He said challenges include having to balance between his studies and leadership role. “Having to advance pressing and diverse issues of students who are deemed to be the cream of the nation was a tedious exercise,  especially when you have academic obligation to fulfill,” he said. Diepo said another big challenge for all SRCs in the country is the hostile and sour treatment of SRCs by the management of  institutions who  have a very negative view of SRCs.

Cheating tractor farmers to be blacklisted 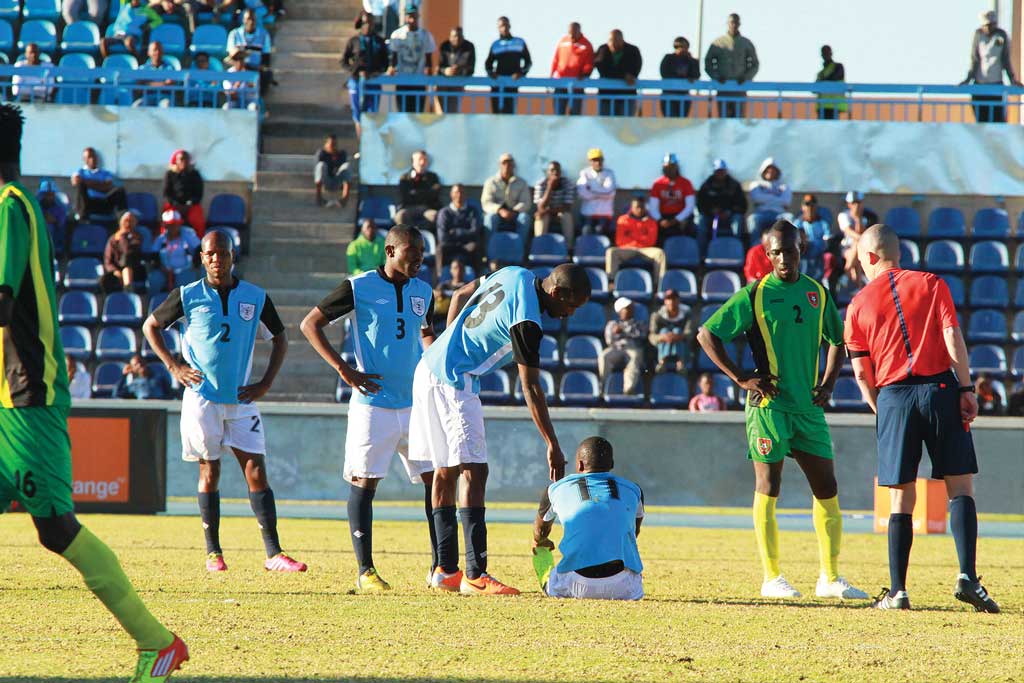