A  Botswana Defence Force hearing into the disappearance of ‘spying’ equipment has been interdicted by high court Judge Justice Key Dingake. Brigadier General Peter Magosi and former Military Intelligence (MI) spy Dzikamani Mothobi were to appear today (Tuesday) before a BDF board of enquiry in connection with phone jamming devices that reportedly disappeared while Magosi was still the head of Military intelligence.

The Judge postponed the proceedings to June 18 to give Commanding Officer of the BDF Ground Forces Magosi and Mothobi a chance to proper legal representation. The order also stayed the said proceedings pending the finalization of an application to be instituted by the two applicants against the commander BDF, Attorney General and the presiding officer at the board of enquiry, directing respondents to avail the applicants with further documentation.

Justice Dingake dismissed the Attorney General submissions that the Tuesday proceedings should continue as scheduled, stating that, “given that the case has also been pending for the past six years, they shouldn’t be any harm to the respondents should the case be postponed to a later date.”

The applicants’ attorneys Salbarny Torto, Phenyo Sekape and Onalethata Kambai submitted that while the BDF Act allowed for legal representation before the board of enquiry, in the present case their clients have been denied that right. They said their clients were only served with papers to appear on Tuesday on a Friday after working hours. They decried that the move was a plot to prejudice their client’s case.

The court heard that the applicants had tried to seek further documentation from the respondents and to interview the witnesses which will be testifying against them to no avail.

They said the respondents furnished them with two contradicting statements, with the one allowing them to interview the witnesses and the other one barring them from carrying out the interviews.
State counsel David Moloise for the Attorney General on the other hand argued that the applicants be denied their prayers saying the board of enquiry is not like a criminal trial whereby the outcome can be used against them. He said the documentation that the applicants are seeking is not in their possession but with witnesses who are expected to give evidence. Moloise said it will be upon these witnesses whether to avail such information during the proceedings or not. He said the least they can do to the applicants is to allow them to come and inspect the machine registers in question at a restricted place.

Meanwhile, reports reaching this publication are that like the wire tapping case once lodged by former BDF Ground Forces Commander Pius Mokgware against the armed forces and a telecommunication company, the matter is likely to be settled out of court to avoid embarrassment and to safeguard the security of the state.

A source in Military intelligence has alleged sabotage and back stabbing in the matter of the missing spy equipment. The source says while it is procedural to fill forms when they exchange equipment, the procedure is usually bypassed in highly sensitive cases insisting that the equipment was with the DISS. “this whole case was meant to force Magosi into retirement, it was never expected to go this far” the source said

The highly sensitive case is said to be the tip of the ice berg as o BDF MI and DISS are allegedly in a state of conflict war with Isaac Kgosi fingered as the man trying to force Magosi out of the army.

Botswana entrepreneurs ranked 5th in use of business coaches 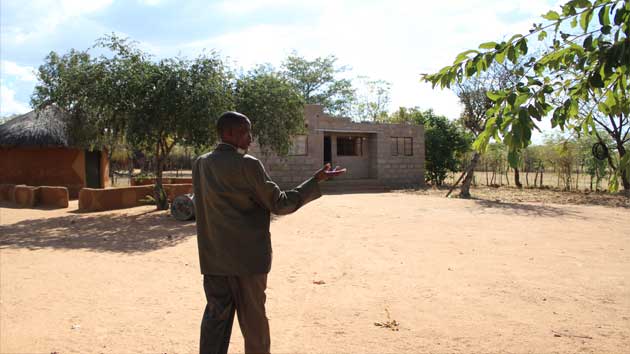