A similar agreement reached in August with Mozambique and Swaziland would more than double coal and magnetite exports through Maputo to 6-million tons this year , TFR’s executive manager for international business Nyameka Madikizela, is reported as saying last Thursday. TFR is using three regional networks to push its programme of unified rail operations. These are the North West Corridor — which integrates South Africa’s rail operations with Botswana, Zimbabwe and Namibia; the North-South Corridor — which encompasses Zambia, Zimbabwe, South Africa and the Democratic Republic of Congo (DRC); and the Maputo Corridor which has brought South Africa, Swaziland and Maputo into greater alignment.

On the North West corridor, under its new agreement with Botswana which is likely to be signed in the next month or two , two 35 wagon trains a week would move from the Morupule Colliery near Palapye to Durban. Morupule mine is owned by Debswana and Botswana has considerable coal deposits, one of the largest untapped potential reserves in the world. In this regard, the Botswana government has so far discussed moving its coal either through Maputo or Walvis Bay in Namibia. A test was done by logistics company Grindrod last year to study the feasibility of railing coal through Maputo. TFR had hoped to sign the North-South Corridor agreement in February, but Madikizela said discussions were taking longer than anticipated. This project will move millions of tons of copper from the DRC and Zambia by rail to the port of Durban.

Meanwhile, for over six months now, the international equity markets have been awaiting the final announcement of the merger between two Swiss companies Glencore and Xstrata, dubbed Glenstrata yet to be formally named. According to International Business Times, the closing of the merger has been delayed again in the absence of approval for the deal by China, which is the Swiss commodities trader’s biggest buyer of materials. It has been extended to 2 May 2013. However, in finding its relevance to Botswana, columnist Grynberg also said in February the merger of the giant trading company, Glencore and Xstrata, the world’s most transnational mining companies is expected to result in a firm with a market capitalisation of US$80 billion (P650 billion).

He said as the Glencore Xstrata merger has shown, Eskom and South Africa will not want to pay export parity prices for Botswana’s coal. “Unless we have our own railroad, other than the 80km proposed Transnet spur from Mmamabula to the Waterburg coal deposits in South Africa, then Botswana will be at the mercy of Eskom in terms of its pricing of coal exports,” he said. In the midst of this merger in September last year, South African President Jacob Zuma visited Botswana to sign a memorandum of agreement with Botswana to supply coal to his country. The terms of the agreement are yet to be made public. However, he said Jindahl, the new owners of Botswana’s best quality coal deposits at Mmamabula, remain bullish about the prospects of constructing a thermal power station and exporting 300mw of electricity to South Africa.

This is he indicated as something the previous owners; CIC Energy were unable to achieve because Eskom wants to buy coal, not thermal generated electricity. He added that, “as long as the MoA with South Africa is for the supply of lower quality coal known as middling, Botswana might not export to India, a country which is increasingly willing to accept ever lower quality coal. Then it is clearly in Botswana’s interests as long as the price that Jindahl gets for our coal is based on export parity prices.”

Thus an announcement by the government of movement towards a decision on railroad construction remains crucial for the country’s development. “Without our own railroad, which coal company would want to invest in Botswana knowing that they are at the mercy of Eskom and will not receive export parity prices?,” questioned Professor Roman Grynberg, a BIDPA research fellow and author of Coal Ex- ports and the Diversification Botswana’s Economy.

Will the Choppies Success Story be a Fact or Fiction? 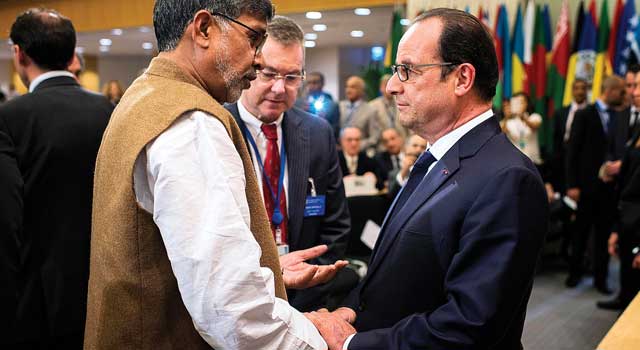