Suspended Botswana Football Association Vice President Administration, Tariq Babitseng has denied being axed by the association’s National Executive Committee. Reports had stated that the NEC had decided to dismiss Babitseng following a meeting in which members of the committee had allegedly voted against his stay.

Gazette Sport has established that Babitseng is yet to receive any formal communication from the BFA regarding his position. The VP Administration is currently serving a suspension imposed by the local association pending investigations of alleged mismanagement of funds linked to the Guinea-Bissau trip in which he was the Chef de Mission of the senior national team delegation.

This publication had previously reported that Babitseng was suspended after the association sought an explanation for the usage of the contingency fee to pay for accommodation during Botswana’s trip to Guinea-Bissau in August last year.

Recent developments have revealed that Babitseng has not been charged of any wrongdoing. Reached for comment, Babitseng said the following, “As far as I am concerned the BFA has not given me any official communication regarding my position. I am still in the dark, I am awaiting feedback on the way forward. I do not know where reports of my dismissal stem from.”

A source close to Babitseng reiterated his previous statements that his acquaintance could take the legal route in order to clear his name.
“There is a list of people who have been charged by the NEC but Tariq is not among those names. There is no report to prove any case against him, there are no findings and no formal charges have been levelled against him. Babitseng is a businessman, his image is being tarnished and it could hurt his business ventures. He is considering taking legal action to curb the damage done by those trying to sabotage him,” the source claimed. 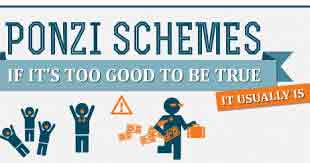