While small medium and micro enterprises (SMME’s) are widely recognized as key players in economic growth and development, with immense potential to spur the country’s economic diversification efforts, the biggest impediment to their growth has been limited access to finance. However, it has been revealed that lack of financing is not actually the problem but rather a result of a myriad of underlying problems that undermine growth of the SMME sector.

A research paper by Stanbic Bank shows that some of the major challenges that hamper development of Botswana’s SMME sector include lack of business acumen, poor or no record keeping on performance of business and lack of market access. Stanbic advised SMME’s to engage with organizations such as Local Enterprise Authority (LEA) and The Business Place to address these difficulties. Therefore, it is clear that there are loan facilities in place for SMME’s, but SMME’s fail to access such facilities because they are often unable to prove beyond reasonable doubt that they are capable of repaying the loans. Capability is typically judged on, among others, possession of entrepreneurial flair and healthy financial records.

Gazette Business talked to Jitto Kurian, managing director of BancABC, to find out how his bank deals with underlying problems in the SMME sector, which eventually lead to their limited access to finance. While he acknowledged that it wouldn’t be practical for BancABC to fully address the needs of SMME’s on its own, Kurian said the bank it is committed to playing its role in ensuring that the SMME sector is vibrant and contributes positively to the national economy.
“BancABC has come up with specific products and services that cater for the SMME sector. More importantly, we have an added responsibility of intensifying relationship management with these enterprises,” he said.

He explained that increasing engagement with SMME’s will enable BancABC to spend more time with them so as develop an understanding of their specific needs. To that end, he said, BancABC participates in LEA’s annual conferences, which are aimed at unlocking value in the SMME sector.

In recognition of its distinctive nature, Kurian said SMME lending ought to be seen and handled differently in comparison to corporate lending. He added that banks generally don’t anticipate much difficulties in corporate lending given that corporations have clear and proven systems as well as skilled human resources, which make it easier for them to access finance.

Kurian also highlighted that deposit trends have greatly disadvantaged  bank lending. He explained that the bulk of deposits are short term, up to a 90 day window period, while deposits over the one year period make up an insignificant 1.5 percent of total deposits.

“This has created a huge mismatch between deposits and the tenure of loans because the shortfall of deposits hampers lending,” he said.
Gazette Business interviewed Kurian at the signing of the EUR 25 million (BWP 290 million) loan agreement contract signing between BancABC and the European Investment Bank (EIB) last week. EUR 20m will be used to finance corporate entities while EUR 5m will be used to finance SMME’s. Applicants have an option of obtaining the loan either in BWP, EUR or USD. Corporate borrowers will repay the loan over a maximum period of seven years while SMME’s will be given seven to eight years depending on the currency on which the loan was drawn out. EIB vice president Pim van Ballekom said the funds will stimulate private sector growth and diversify the economy. Owned by 28 EU member states, EIB is a multilateral lender that provides finance and expertise for sound and sustainable investment projects in Europe and across the world. Ballekom said EIB is interested in financing SMME’s because they are important drivers of the national economy. In 2012 EIB contributed EUR 7m to the Afrique Entrepreneur Fund which supports SMMEs and micro finance institutions across Africa. 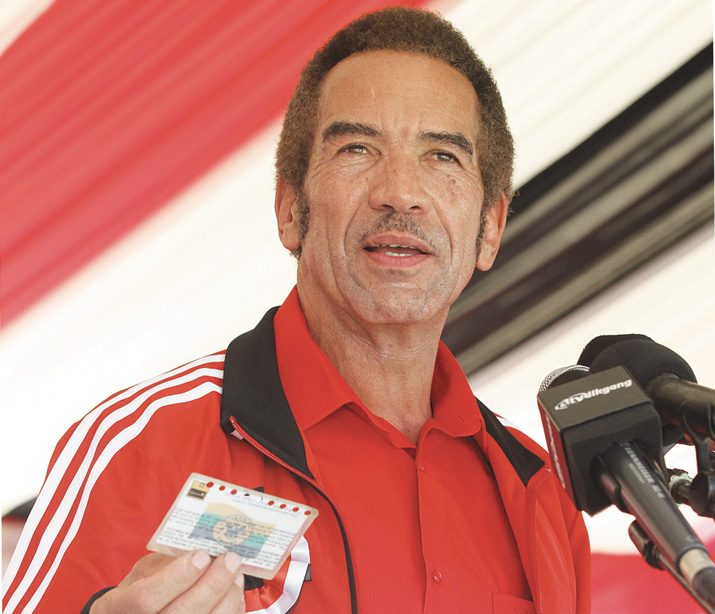