Hardly six months after he resigned as the Chief Executive Officer of BotswanaPost, a position he had held since 2008, to join Barclays Bank Botswana as Chief Operations Officer, allegations are that the Bank has shown Pele Moleta the exit door.

Moleta was headhunted by the Bank’s board so as to localise the post. He was also said to being groomed to take over as the bank’s Managing Director next year. Sources allege that the bank may have back tracked on its initial stand to localise the top posts.

Pele cut his teeth in the finance industry at First National Bank Botswana (FNBB) in 1994 after graduating from University of Botswana with a degree in Accounting and Economics. He worked for Old Mutual in 2002 and later retracted his steps to FNBB in 2005. Barclays Human Resource department declined to comment saying they were in a meeting.

When he left his position at BotswanaPost, many held the notion that his move would impact progress at the organisation. During his tenure, it posted revenue in the region of P500 million a year. He had not responded to questions directed to him about his sacking at press time.

Trevor Stuurman is not the face of Okavango Blue 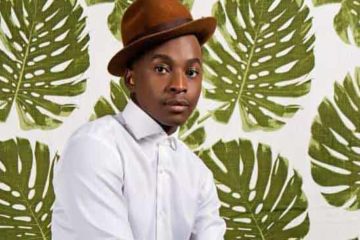