Arguably the best basketball export Botswana has ever produced, Churchill Barrows is finally living his dream of being a professional with a Maltese second division team. Recently Barrows agreed a one year contract with Millieha Tritones, a team from Malta playing in the second division.

The lanky ace confirmed that he signed the deal just after his contract with his former team Hibernians expired on April 27. His previous deal with Hibernians was a two month trial agreement. The irony of Barrows’ move from Hibernians is that during his short stint, the shooting guard helped the team get promoted to the upper division and winning two cups, but opted to remain in the lower division with Tritones.

“I am grateful for the chance I was given by Hibernians but I wanted to play for a team that would give me more exposure. I wanted to play in a team where I will make impact and get a leadership role,” said Barrows.

Barrows’ new team is not an underdog in the Maltese second tier. Last month Tritones missed promotion by a whisker after an intense battle in the playoffs with Barrows’ former club Hibernians. Tritones came close to clinching promotion in the five series playoffs where it was defeated 3-2, losing the last deciding game by 20 points. Barrows believes the team will be promoted to the first division next year with his help.

His intentions are not just to stay in the Maltese league. He is looking far and possibly the National Basketball Association in the USA. He is eager to move to “bigger and lucrative leagues.”  His deal is a “free release” contract, meaning he is able to leave Tritones provided he does not play for another team in the Maltese league.

“A one year contract was ideal because it allows you to have other options at the end of the term quickly. Here in Europe the market is big and it is not ideal to stay in one place. Even the fans prefer exchange and movement of players,” said Barrows.
He said even though the money is good, his move was not monetary influenced. Barrows said he is not chasing money and is comfortable with what he gets. The former Dolphins shooting guard is currently on an off-season and he will only join his new teammates before the league starts in August. Barrows said he wants to go to Barcelona and train at the Europe Basketball Academy.
The law student said he wishes to finish his final year soon. Barrows said even though he is trying to make it in basketball, school is still his first priority. The league season goes for nine months and Barrows says he will balance school and basketball demands.

“I would like to encourage youngsters to work hard in this sport and take it seriously. I hope my breakthrough will open doors for those who will come after me and I wish to be an inspiration to many,” he said. 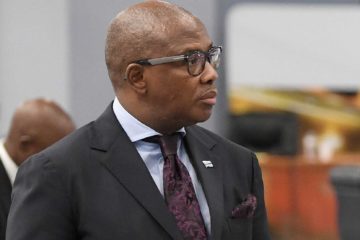