Botswana Karate Association (BOKA)’s plans to bid for the 2016 African Senior Karate Championships have been foiled by the resignation of its president Tshepo Bathai. With Bathai at the helm, BOKA was seeking special dispensation from the Union des Federations Africaine de Karate (UFAK) to present their bid for the 2016 tournament.

BOKA had planned to send a delegation of three officials to present Botswana’s bid to host the championships on August 7, but the trip was canceled as a precautionary measure after the outbreak of Ebola in Senegal. The three man delegation was scheduled to present the BOKA bid to the UFAK Select Committee tasked with receiving and assessing the bids. BOKA’s failure to present their bid on time gave Algeria and Egypt an edge as they are now better placed to win the race to host the 2016 competition. Both countries are steps ahead of Botswana after adhering to UFAK’s initial presentation dates. Bathai had previously informed Gazette Sport that they are awaiting correspondence from UFAK on whether or not they will be granted special dispensation to present their bid three months after the stipulated deadline. However, he resigned before the communique from UFAK arrived. BOKA will have to act swiftly to resolve their leadership crisis if they still harbor any ambitions of submitting a late bid. The uncertainty and leadership vacuum around BOKA could delay their collective plea for UFAK to allow them to submit a late bid. They will first have to resolve their problems at home or risk having to wait for the 2018 competition. 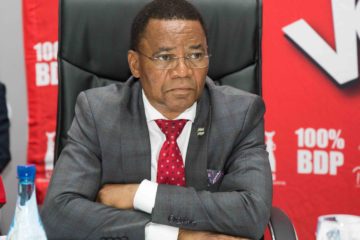