The Botswana Congress Party will hold its elective congress at Seepapitso Senior Secondary School in Kanye from the 18th to the 21st July, 2015 themed “Reorganizing the Party for the Future”.  According to a statement from the party, the theme becomes particularly relevant against the backdrop of the party’s performance in the 2014 General elections and that it will be the first Conference conducted using the party’s revised new Constitution. “As the first congress after the General Elections, the party shall discuss the outcome of the 2014 elections with a view to appreciate the challenges the party encountered during the elections,” party Publicity Secretary Taolo Lucas wrote.

Lucas further stated that the congress is expected to candidly deliberate on all aspects of party organization and identify strengths and weaknesses that might explain the party’s performance. Arising from such introspection, the congress is expected to propose bold new initiatives that will bolster the party going into the future. As the first congress conducted using the new constitution, the congress will be briefed on reforms that are ushered by the said constitution. The new functions of the Vice-Presidency, Chairperson and the various sub-committees of the Central Committee are but some of the new provisions of the new Constitution that speak to the reorganization of the party for the future.

Following their dismal performance at the General Election in 2014, the BCP President Dumelang Saleshando said they would go around the country in an attempt to find out where they could have gone wrong and stated that if the issue of opposition unity is raised the decision would be made at the congress. On the other hand, the newly elected BCP Youth League President, Tumiso Rakgare has accused the Umbrella for Democratic Change (UDC) of peddling lies about Saleshando and stated that only after they have apologised would they as the Youth League consider advocating for unity. The UDC has, on the other hand, always maintained that doors are open to let the BCP into the UDC.

Fierce competition for positions in the party leadership is expected for key positions in this year’s congress in a party where compromise is usual. Even though there are two presidential candidates in the incumbent, Dumelang Saleshando and challenger, Tebogo Duna, it is expected that the Shaleshando will deliver a landslide victory the two lobby lists both have him as their preferred candidate for the position. Dennis Alexander and Tshegofatso Raditlhokwa are unopposed for Treasurer and Deputy Secretary General positions respectively.

In one lobby group led by the current Publicity Secretary, Taolo Lucas who is running for Vice Presidenct, there is also Dr Philip Bulawa for Chairmanship, Philip Monowe for Secretary General and Dr Ditiro Mojadibodu for Publicity Secretary.

Another lobby group led by Dr Kesitegile Gobotswang, the current Vice President who is looking to retain his position also has Motsei Rapelana for Chairperson, Kentse Rammidi for Secretary General, and Dithapelo Keorapetse for Publicity Secretary.

The biggest battle will surely be between the two men who have been serving the party since its formation in Gobotswanag and Lucas for Vice Presidency. The two have contributed enormously to the growth of the party over the years and now one of them will remain just an ordinary party member after the Kanye Congress. Gobotswang started serving in the party in 2003 as Secretary of Health before becoming Vice President in 2005 until 2010 when he was elected as Secretary General. He was then made Shadow Vice President in 2014 ahead of the General Election. Lucas started serving in the BCP in 1998 as Chairperson and Convenor, BCP Policy Directorate, a position he had held while at BNF before.

In 2001 Lucas became BCP National Organizing Secretary before becoming the Secretary General in 2005. He assumed the current position of Publicity Secretary in 2010.

“We are available to collaborate with local film producers...” Connie and Shona Ferguson 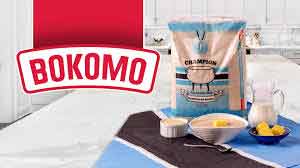