Following a win in a council ward in Moshupa recently and another in a council by election in Mochudi this past weekend, the Botswana Congress Party (BCP) believes they stand a good chance to win the upcoming parliamentary bye-election in the Good Hope/Mabule constituency. The position fell vacant following James Mathokgwane’s resignation. Speaking to the media on Monday, Tumiso Rakgare, BCP Youth League President, said the Umbrella for Democratic Change (UDC) has to be taught a lesson for taking Batswana for granted.

“This man [Mathokgwane] had a contract with his voters but he quit without even consulting them. He took an oath, he knew how much he would get paid as MP, what he has done is unacceptable and the voters who have already lost hope in the Botswana Democratic Party (BDP) should give us the BCP a chance,” said Rakgare. He further stated that the UDC as a party lacked accountability as it has also collected money from people claiming to investigate their late Secretary General Gomolemo Motswaledi’s death but are failing to account for it.

Rakgare said as the BCP Youth League, after the news broke last week that there is a vacancy, they engaged the BCP youth and members in the constituency specifically on what the party should do. He said a consensus was reached that the BCP should field a candidate and stated that as the youth league they are ready to go camping in the constituency to lure votes for the party.

In the 2014 elections, the UDC won by 6712 votes to BDP’s 6111 and BCP’s 717 votes. In the 2009 election, the BDP won by 4987, BNF scored 2707 while the BCP garnerd 1346 votes. According to Political Science lecturer at the University of Botswana, Professor Zibani Maundeni, the playing field is level. “There has been a lot of flactuation in numbers for all political parties in the constituency over the years, the BCP or any other party that will invest resources and choose a good candidate can win it, no one should be ruled out,” he said.

Rakgare further said Mathokgwane’s appointment to SPEDU as Regional Director Operations was suspicious and should be investigated; “When was he interviewed? How many people were interviewed for the position? Was the post advertised, if yes, when? Does Mathokgwane qualify for this position? We suspect foul play and we wish to call for an investigation on Mathokgwane’s appointment. There are lots of young Batswana who are qualified enough to take up such a position.”

Futhermore, Rakgare said there is a rumour doing rounds that Mathokgwane’s resignation is deeper than what we are being told. “We understand and believe that the BDP is involved. The BDP is run by mafias who are out to manipulate every citizen of this country,” he said, further adding that it is pleasing to see how Batswana are beginning to aggressively show the BDP that enough is enough. He said they are ready to topple it from government stating that of the four bye elections held since the 2014 general elections the BDP has won none of them. 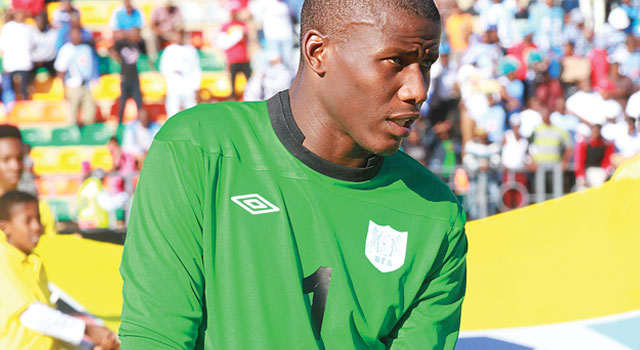