Botswana Congress Party (BCP) President, Dumelang Saleshando called for campaign reforms within his party at the just ended National Elective Congress in Kanye. He said it is clear from the election evaluation meetings that the party conducted after the general elections that there were a number of things that they should have done differently. According to Saleshando, one of the mistakes they made was spread themselves too thin with a limited campaign budget. “We deployed our limited resources in areas where it was evident that there were no structures to carry out an effective campaign, thereby denying the more functional structures the support they needed to cross the victory line. As a result, we lost wards and constituencies that we could have won if they had received greater monitoring and support by the national regional leadership.”

He thus proposed that they resolve to empower the leadership to strictly implement a categorization of constituencies that will guide their future participation in elections. He said previous attempts at this exercise were frustrated by structures and candidates who felt marginalized by the exercise, adding that prioritization of participation also needs to be applied in the case of by-elections.

“The elections in Botswana are becoming more competitive, with winning margins becoming slimmer in an increasing number of constituencies. Constituencies which we lost by the narrowest margins such as Ngami (48), Bobonong (120), Selibe Phikwe East (242) and Francistown East (245) would have been won if greater resources and time had been committed to such areas. While some may say this observation is tantamount to crying over spilt milk, it is important to learn our lessons and plan better for the future. Members of the BCP have generally been pessimistic about categorization of constituencies as we would all want our areas to be in the priority list. We must however note that where everything is a priority, nothing is a priority,” he said.

He noted that the BCP needs to adapt its future election strategy to the realities of the first past post electoral system. “With our 20 percent of the popular vote, we only secured 5 percent of the seats in the National Assembly. For the BDP, their 46 percent of the vote delivered 65 percent of the seats and for the UDC their 30 percent of the votes secured a corresponding 30 percent of the seats. If we put the time point differently, with the 140, 998 votes that we polled, to only get three seats that means we were investing our resources such that we secure a seat in parliament after every 47 000 votes while the BDP was delivering a seat after every 8 666 votes and the UDC coming in with 12 183 votes for every seat. Votes do not come for free, every vote represents resources, campaign time and effort that should be channeled in the most efficient manner. If we do not change strategy and accept the realities on the FPTP system, we will continue to grow our popular vote with corresponding increase in the parliamentary seats. This is a counterproductive undertaking,” he said.

Saleshando also emphasized the importance of reaching youth through youth friendly mediums, something he said the party failed to do in the last general election. “This was the first election in Botswana that was contested during the epoch of social media. The social media generation depends on social media for information that shapes their decisions. The BCP was not visible as other parties on social media such as Facebook. We just did not have a plan on using social media to advance or defend the party. The youth on social media imbibed the anti BCP propaganda churned out by our opponents,” he said, adding that, going forward, there is need to give greater attention to the youth vote and innovate on how the party can communicate with the youth on social media through mediums they are familiar with and address issues that matter to them. 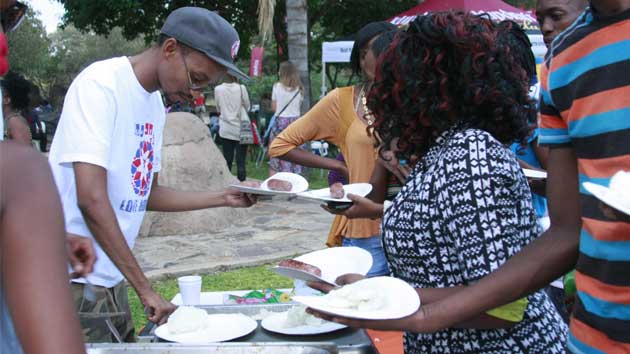