A nine-year trophy drought has always daunted the once mighty BDF XI, with the club’s absence from the title race in recent years having seen them surpassed by perennial rivals Mochudi Centre Chiefs, Township Rollers and Gaborone United among others. However, this season the club has targeted both the league and Mascom Top 8 trophies according to their coach, Letang Kgengwenyane.

Their current form suggests that they could provide a genuine title challenge this season. Their comfortable 2-0 win over Magosi over a week ago proved that the club is unfazed by the title challenge so far. They are currently at the summit of the beMobile Premier League table. Matebele boats the best defensive record in the league, having conceded only three goals in the first 12 games of the season.

A 1-0 defeat against GU on November 12 remains the only defeat they have suffered in the league so far. During the offseason, the club lost key players such as Lemponye Tshireletso and Kabo Rasuping  to Magosi and GU respectively.
Tshirelesto scored 13 league goals last season plus 3 Mascom Top 8 goals but the BDF coach highlighted that the acquisition of former Mogoditshane Fighters player Kumbulani Madziba will soften the blow of losing Tshireletso.
“We have a lot of belief. We want to win the league as well as the Mascom Top 8. Every season we set targets for ourselves and this season we want to end our trophy drought. This squad is hungry for success. Our team spirit has helped us unite and fight to achieve a common goal and  that goal is winning silverware,” said Kgengwenyane.

The club is performing well despite the absence of two of their key players, Ofentse Mmipi and Mompati Thuma. Kgengwenyane explained that the players are still recovering from their injuries. “Thuma is likely to return two weeks from now while Mmipi will also return before the festive break. The return of both players in the next few weeks will strengthen our side; they will boost our title aspirations,” he highlighted.
The coach added that the presence of leaders in his side is an added advantage. “In the goalkeeping department we have Tafudzwa Ndoro who has been excellent this season. We also have Ndiyapo Letsholathebe who also has leadership qualities, Moreetsi Mosimanyana has benefited from playing alongside him. In midfield we have Boitumelo Mafoko who helps our youngsters to express themselves on the field while giving them defensive cover and upfront Mokgathi Mokgathi does likewise as our captain,” explained the BDF XI coach.

Matebele have not won a trophy since 2004, when they clinched the league and the Coca Cola Cup in the same season. 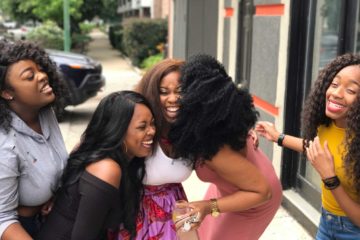