Francistown councillors have supported a motion by Botswana Democratic Party (BDP) councilor, Lesego Kwambala which requested the Ministry of Trade and Industry to address the council on the impact thus far of liquor regulations on the country’s economy, social ills, liquor dealers, and the music industry and advice if it is necessary or not to review such regulations.

Tabling the motion, Kwambala indicated that, according to his observation, the regulations have impacted negatively on the lives of Batswana. “Bars these days only hire one person but they used to have more than two people in their employ. Recently, the Lobatse depot was closed and many people lost their jobs. There are rumors that the Francistown depot is likely to be shut down this month, where will all these people go? However, we do not want to assume, let the right people come and tell us the true implications of these regulations,” said Kwambala.

Kwambala also argued that since the regulations were implemented, the alcohol levy now stands at 55%, alcohol prices have increased and trading hours decreased, making business difficult for Batswana. Kwambala also indicated that the regulations have negatively affected the entertainment industry. “Investors now entertain themselves in neighboring countries. Research has shown that investors spend almost 30% of their money on entertainment which is lost to neighboring countries,” charged Kwambala. He further opined that before the regulations were introduced, the music industry was growing, and if indeed this country was committed to economic diversification, such sectors need to be protected.

BDP specially elected councilor, Zazambi Tuelo corroborated Kwambala citing that indeed liquor regulations have impacted negatively on the music industry. “Performers cannot afford to book venues to perform for only a few hours and pay more than their gate takings as revelers do not attend music festivals anymore. People will rather spend their money on something else than to watch music performances that will shut down by the police.
Councillor Gaone Majere of the Umbrella for Democratic Change (UDC) also indicated that the regulations did not enhance neither the economy nor people’s welfare in any way. “It is time the ministry admitted that they made a mistake and review the regulations.
FCC passed the motion.

Tuku comes back to Botswana 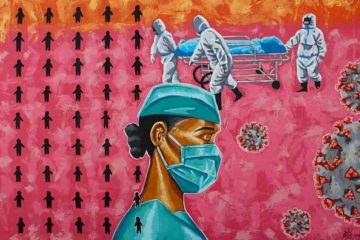