FRANCISTOWN: The decision by the Botswana Democratic Party (BDP) central committee to call for fresh primary elections for the general elections in Francistown West has caused uproar within the party with some of its members rejecting the resolution.

The decision came after the party failed to field their candidate in the Francistown West bye-elections after the winner of the primaries, Ignatius Moswaane was barred from contesting by the High Court. The other primary elections contestants who battled in last year’s primary elections for the bye-elections included Whyte Marobela who took the party to court after querying the results, Angelina Sengalo as well as Kago Phofuetsile who subsequently dumped the party to stand as an independent candidate.

Last week the party chairman, Dr Ponatshego Kedikilwe held an emergency meeting in Francistown where he announced the resolution taken by the party leadership. Kedikilwe, who is also the country’s Vice President, told BDP members that after thorough consultation they resolved to call for fresh elections instead of a re-run as suggested by most of the people.
He told the electorates that the most important thing about the fresh elections is that there is going to be a new vetting. “When taking this decision we considered all necessary aspects with the Constitution included because we always have to follow it. As the BDP, we made this constitution so that it can lead us,” Kedikilwe said.

After learning about the decision, the defiant BDP members launched a scathing attack on Kedikilwe accusing him for breaking the party and they threatened to leave if the leadership maintains its stand of calling for fresh elections. The BDP members did not mince their words as they publicly lashed at Kedikilwe, saying that he has brought instability to the party.
The fuming electorates contended that the leadership cannot call for fresh elections while they are the ones who brought the mess to Francistown West by failing to attend Whyte Marobela’s case on time.

“This leadership is a disgrace to our party; they have already made the decision without consulting the electorates. You have to understand that we elected our preferred (referring to Moswaane) candidate to represent us and you want us to let this go so simply by calling fresh elections. We are totally against that  decision. What we want is a re-run because only the candidates who contested earlier will contest unlike fresh elections where there will be a new vetting (and new contestants),” said Ntesang Motswetla, a member who attended the meeting,.

Another party elder, Ellias Tapela expressed disappointment, adding that they are dismayed by the party’s chairman for taking the decision without considering the electorates. “We thought Kedikilwe is BDP’s messiah but it is the other way. If the party leadership does reverse this decision it will be the end of the BDP in Francistown,” Tapela shared. 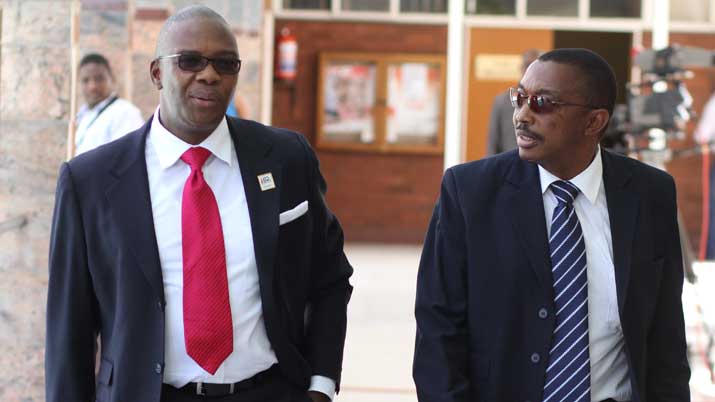