The recent incident in which a member of the Botswana Democratic Party Communications and International Relations Committee, Brigid Mavuma told GabzFM morning show presenter that the president did not like him is alleged to led to a rethink in the ruling party about the quality of the members of this committee. The Botswana Gazette has learnt that Mavuma was going to be dismissed from the committee as this transgression was the latest of a litany of gaffes she has committed. It is believed that Mavuma was responsible for sharing pictures on social media of a BDP campaign team aboard a Botswana Defence Force (BDF) aircraft. The pictures went viral and provide opposition parties fodder to attack the BDP. It is understood that Mavuma received a stern warning over the incident and was removed the panel that administered President Ian Khama’s Facebook page as well as BDP’s social media platforms.

According to a source at Tsholetsa house, concerns over the quality of the central committee membership will be addressed before the ruling party’s elective congress next year with a view to bringing in people more communication experience. The Botswana Gazette has established that the Brigid Mavuma’s imminent dismissal from the committee is the latest and most public of the internal purge as well known BDP Macdonald Peloetletse has been long muzzled “Brigid’s dismissal will be a first obviously but Macdee (Peloetletse) is effectively out of the committee. He has been banned from talking to media and has been sternly advised against commenting on radio and writing controversial stuff on social media” the source said. The publicity committee like all BDP committees is appointed by the President upon receiving names suggested by BDP membership. “The President cannot know all these people so he depended on some people close him and they misled him.” The source said adding that the committee had only one person with a communications background and that created problems for the ruling party’s communication strategy.  The committee is made up of Mokgweetsi Masisi who is the Chairperson. His assistant is Keletso Rakhudu and the rest of the members are Macdonald Peloetletse, Forster Seretse, Coma Serema, Shaw Kgathi, Thapelo Pabalinga, Roselyn Panzirah Bridget Mavuma and Moganetsi Kalayamotho. It is understood that Forster Seretse and Peloetletse have been cautioned and restrictions placed on them. “It is only a matter of time before they are ejected from the committee and replaced with more media savvy but discreet people” the source added further explaining that there were already some experts doing the work of the committee who have not been formally appointed. “There are academics and media experts who are already active in the committee and some of the people in there keep undoing their good work.  The ruling party cannot afford the sort of mistakes that have happened. They put us in bad light and were probably responsible for our poor performance at the lections” the source said.

BDP Secretary General Mpho Balopi could not be reached for comment as he was said to be out of the country. the BDP deputy executive secretary Lee Lesetedi said he was not aware of any move to change the membership of the committee. He dismissed allegations that the committee was not up to standard “they were appointed because it was believed they are the right people for the job. Obviously if some embarrassing incident takes place disciplinary procedures have to be taken as is happening in the cases you cited. “Lesetedi said. 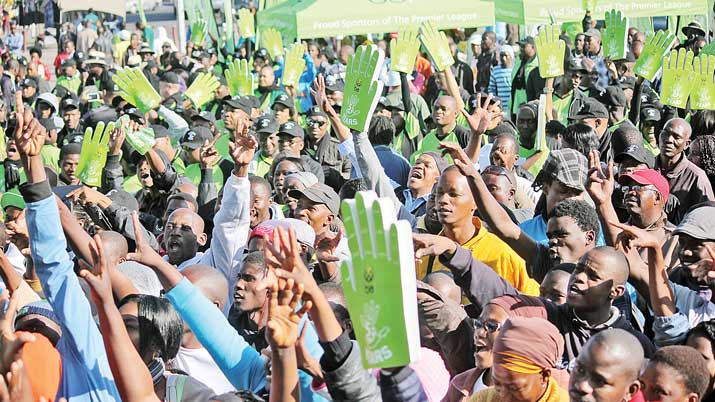