BPC has recently issued a legal notice to the public about the seriousness of putting illegal signages on BPC electrical infrastructure. The notice informs of the damage caused by these installations.
‘All stakeholders are reminded that placing signage or advertising on any electrical infrastructure without BPC’s specific permission is an offence under the Electric Supply Act 73:01. Placing signage materials onto BPC poles and other infrastructure is prohibited due to issues of safety, visual impact and legal authority,’ the public notice reads.

BPC’s Oarabile Setlhabi said the practice damaged equipment.  “Placing of posters by the equipment fins cab block ventilation causing equipment such as transformers prevents them from cooling. They are cooled by natural air going through the fins (or radiator). They then over heat and get damaged,” Setlhabi stated, adding that paper as a fuel poses greater danger as BPC equipment operates at temperatures that may start fire if they come in contact with a paper.

The notice fingered event promoters, candidates and their volunteers for using power poles, substations and other assets as billboards for advertising. Gilbert ‘Pepe’ Seagile of the Botswana Entertainers and Promoters Association (BEPA) says BPC has never engaged them insisting that there is no law that prohibits this. “We have not heard of reports of someone being injured because of these posters, and I would advice BPC to start with politicians as elders so we learn,” Seagile said.

Inquiring about the number of infrastructure damages incidences due to posters, it is stated that due to the long process of establishing the root cause of equipment failure BPC doesn’t have statistics as yet. Similarly cost of damages incurred could not be established, “We do not have figures or statistics that distinguish expenditure due to signage. We do however have high equipment maintenance expenditure due to various causes and do appreciate that some of which are due to signage placed on equipment, as obscured equipment identification numbers leads to operators taking a long time to find with ease such equipment and to perform restoration in time. Again even after identifying the equipment the operator will take time to remove hard glued signage to access the equipment,” Setlhabi said. 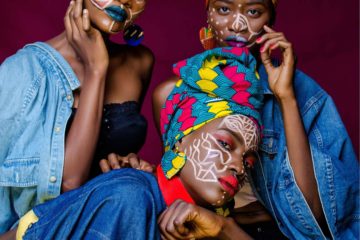