The Botswana Football Association (BFA) could report the Tunisian Football Association to FIFA for a laser pointer incident that occurred during the Zebras’ game against Tunisia this past Saturday in the Group G qualifiers for the 2015 Africa Nations Cup. Any action from the BFA will depend on a report that is to be compiled by the technical team and other members of the delegation that accompanied the squad to Tunisia.

A laser pointer was aimed at Zebras goalkeeper Kabelo Dambe  and other Zebras players during the 2-1 defeat to Tunisia over the weekend. World governing football body FIFA has strict rules against any actions that disrupt players during an ongoing match. They have stated that lasers are strictly prohibited in football stadiums.

If the Botswana national team’s report states the laser incident, the association will be within their rights to report the matter to FIFA. A fine is the most common punishment imposed on associations after such incidents. If they continue to cause laser related problems in future, Tunisia could face a deduction of points or play three matches ‘behind closed doors’.

BFA President Tebogo Sebego told Gazette Sport that their decision to report the incident or not will depend on whether the technical team report will raise a complaint about the incident.
“We are awaiting the report before we can take any steps to address the issue. The guys on the ground are better placed to give an account of what happened and a lot will depend on their report. If they have mentioned any infringement on Dambe then we will report it to FIFA,” said Sebego.

Although such lasers have no clear harmful effect, they are still considered a hindrance during games, with some experts arguing  that they may temporarily impair one’s vision and concentration if there is direct contact with an individual’s eye.

FIFA’s stance against security related problems states that , “an association must ensure that the stadium and security management team is aware and fully understands the obligations placed upon them.”

This weekend’s incident proves that the Tunisian FA’s risk assessment unit did not detect fans who entered the stadium with lasers. They could be fined for failing to comply with FIFA rules that guide associations to establish contingency plans designed to tackle bad crowd behavior. Zebras coach Peter Butler offered a different account of events on his Twitter page,  stating that the ball boys were in possession of laser pens and might have pointed them in the direction of his players. 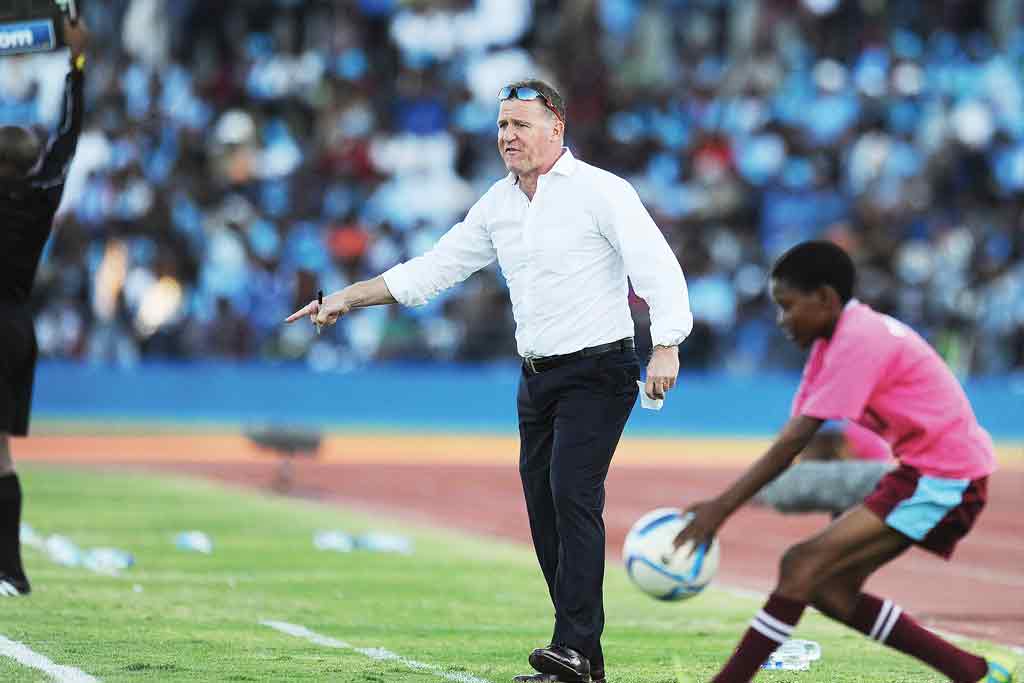