SHOROBE – Taking a strong stance in the fight against malaria, Botswana Insurance Fund Management (Bifm) has participated in the handover of Long Lasting Impregnated Mosquito Nets (LLINs) to the community of Shorobe to the value of P30,000.00. The handover of 1200 LLINs took place on Saturday 24th August 2013 at the Shorobe Playground in Shorobe Village, before guests including Kgosi M.T. Dingalo and Assistant Minister of Health Mr Gaotlhaetse Matlhabaphiri. The handover comes following a long history of Bifm having worked with the Rotary Club of Gaborone, who pioneered the effort following an initial fundraising gala held in 2012 for the malaria cause. As part of a governmental effort dubbed ‘‘Nyeletsa Malaria”  which aims towards ensuring a malaria free future by 2015, a campaign was launched by the Ministry of Health in 2010, with an increasing number of private sector organisations lending their assistance and support.

Speaking at the handover, Mr. Bokete Mokgosi, Head of Institutional Business at Bifm, emphasized the need for greater involvement from those in the business community in assisting government in the cause. “We are pleased to have been able to come on board as Bifm and play a part in such a worthy and indeed vital cause we hope to continue to be involved.

We are fortunate in Botswana to have seen a substantial decrease in the malaria transmission rate; however, we still have a considerable way to go in order to reach the goal of a malaria free future.”

The 1,200 LLINs handed over to the community of Shorobe will assist 2,400 people in increased preventative measures against malaria transmission and work towards satisfying an increased need for greater awareness and education around malaria prevention measures.

“The power of collaborating for a difference cannot be over emphasized and we commend both government and Rotary Club of Botswana in their efforts; however, the responsibility of those in the private sector to get more involved is key.

We encourage other corporates, therefore, to come on board and join us in the fight against malaria and the goal of a zero transmission rate,” concluded Mokgosi. 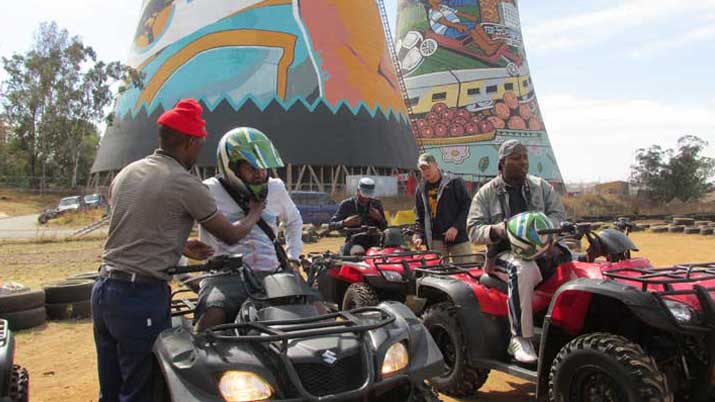