This weekend’s Mascom Top 8 quarter final second leg ties proved fruitful for some while other clubs were left licking their wounds. The likes of Township Rollers, Nico United and Gaborone United sealed their passage to the semi final of the lucrative tournament. Arguably the biggest casualty was Mochudi Centre Chiefs who have now failed to make a significant impact in the cup for a third successive year.
Township Rollers

The 2012 champions advanced to the semi final stage after a 4-4 aggregate win over Magosi on Friday. Madinda Ndlovu’s side lost 2-1 on the night but won the tie because of the away goals rule. Goals from Patrick Lenyeletse and Lemponye Tshireletso were on course to clinch a semi final place for the Kgatleng giants before a late penalty from Jerome Louis denied them a chance to prevail.
Rollers won 3-2 in the first leg with Chiefs’ inability to score more goals on Friday proving to be their downfall. The result means that Popa have advanced to the last four teams of the competition for a third consecutive year. Last season they were humiliated by their rivals GU in the semi final and the possibility of the sides renewing their rivalry will serve up great anticipation for Thursday’s semi final draw.

Gaborone UnitedDefending champions, Moyagoleele, have recorded the biggest aggregate score of the quarter final stages so far; they advanced with an emphatic 6-2 aggregate victory over Ecco City Greens. The Money Machine won 3-2 on Sunday following their 3-0 victory in the first leg at the Francistown Stadium. Edwin Olerile, Jackie Mothathego and Ronald Chikomo scored for GU while Tendai Nyumasi and Gosaitse Manuel replied for Ecco.
Major David Bright has indicated that he would like to meet Rollers in the final. The Gaborone side has earned a reputation of being the ‘Cup Kings’ of local football after winning two major cup competitions in the last two seasons. Moyagoleele’s recent cup form suggests that they will be a tough nut to crack for any potential opponent in the next stage.

Nico United
A change in the coaching department has not fazed the Selibe Phikwe side as they have progressed to the Mascom Top 8 semis for the first time since the inception of the tournament. They advanced at the expense of Extension Gunners after a 2-2 aggregate score and qualified on the away goals rule. Majombolo won the first leg 1-0 in Selibe Phikwe before suffering a 2-1 defeat at the Lobatse Sports Complex on Sunday.
Topo Piet’s goals have been crucial in the side’s progression. The winger scored in both games to help his side maintain their ambition of doing better than the previous seasons.

The Yellow Boot race
Rollers’ Namibian striker, Louis, is the leading scorer in the competition with three goals so far. He is followed by Chikomo, Olerile and Piet who have all accumulated two goals each. The Yellow boot is worth P20 000. Last season it was shared by Chikomo, Lemponye Tshireletso and Tebogo Sembowa. The one goal margin between this year’s competitors will surely be as thrilling as last season’s top goal scorer race.
At the time of going to press the BDF XI and BMC game had not yet kicked off. 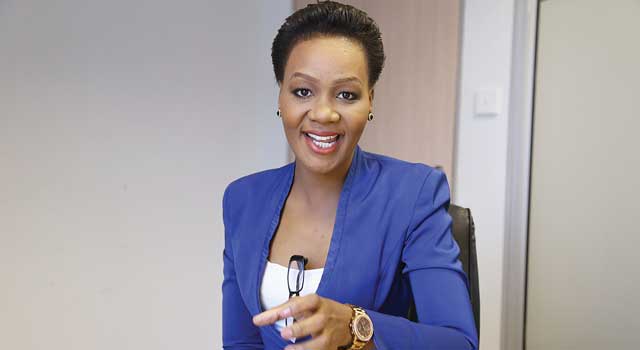