Two Batswana billionaires, property and media mogul Sayeed Jamali and retail king Ramachandran “Ram” Ottapathu are currently the only interested parties in purchasing Air Botswana. The two have presented a joint proposal to the Ministry of Transport and Communications (MTC) for the purchase of the ailing Air Botswana (BP) which is in the process of being privatized, The Botswana Gazette has established.
The proposal comes following an Expression of Interest (EOI) by the MTC a month ago, which invited “suitable entities, companies, consortiums or service providers capable of offering efficient and reliable air transport services to meet the needs of Botswana’s business and tourism sectors by operating Air Botswana (BP) to indicate their interest in the airline.”
According to MTC, the ministry is open to receiving proposals for privatization forms including ownership, joint ventures, franchising, concessions, partnerships or any other appropriate arrangements with commercial airline operators or potential investors, with the management competency to run an efficient and viable air transport service on the existing BP network as well as development new routes.
Information gathered by this publication indicates that Jamali and Ram sent their proposal last week, on 27 February 2017, a day before the deadline.
Before the closing date, Jamali and Ram were the only people to have submitted a proposal which  sets out a joint ownership of 52 % of BP and 48% for the Botswana government, according to the information received by this publication. The Botswana Gazette understands that the duo will also take over 52 percent of the P220 million of BP’s operational costs.
According to the proposal, the two are willing to keep the staff of BP and have promised to make the airline more profitable and sustainable. Jamali and Ram want to own the tangible and intangible assets of Air Botswana. The new joint venture made by the two billionaires is expected to breathe life into the ailing airline which has so far retrenched 52 workers, according to Minister of Transport Kitso Mokaila when advising parliament last week. Answering questions in parliament, Mokaila stated that another batch of 50 employees will be retrenched very soon, taking the total number of retrenchments which come as a result of the airline’s struggles to 102.
“These men have what it takes to breathe life into the airline. They have the money and the capacity to run the airline. For example, Ram has experience in running airline as he has personal aircrafts; a P60 million Embraer Phenom private jet. He also has a King Air type of which he uses for personal and business trips abroad,” a source said.
According to information received by this publication, Ram’s Choppies net-worth is estimated at P2 billion. He also has businesses in property and other companies which brings his total net-worth close to P5 billion. Property and media mogul Jamali has a net-worth of around P3 billion. This publication understands that Jamali and Ram are close business associates as they own many ventures jointly including the media and property businesses.
Both Jamali and Ram gave this publication exactly the same response, saying “I do not know anything about me buying Air Botswana.”
They would not comment further when contacted with regards to their proposal to MTC. Efforts to contact Minister of Transport Kitso Mokaila failed as his mobile phone rang unanswered before press time. Deputy Permanent Secretary Isaac Moepeng who was suppose to be the recipient of the EOI was not available for comment and did not respond to our questions as at time of press. 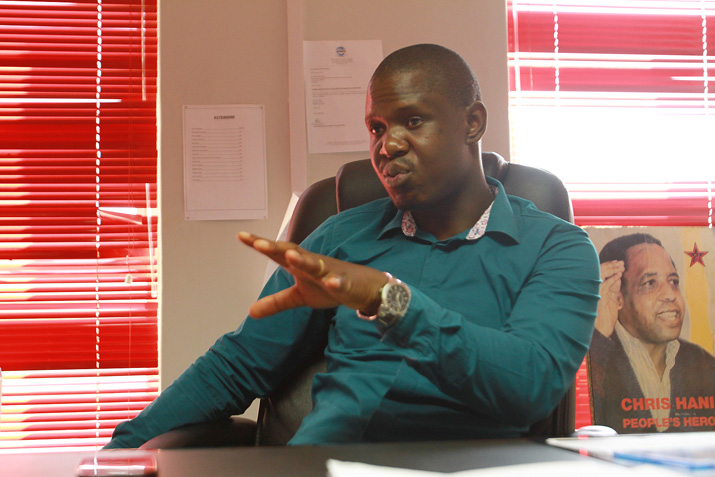