BMC have pulled out of a move for FC Satmos’ prolific striker Patrick Kaunda. His club demanded a transfer fee of P150 000 but BMC were surprised by what they perceived as a hefty price for a player whose contract will expire in six months  and  have since abandoned their interest.

Kaunda is the current leading goal scorer in the beMobile Premier League with 15 goals so far and has attracted interest from various clubs but Ezinkomo were the first to make an official move for him.
Gazette Sport has established that BMC and Kaunda had already agreed personal terms, but Satmos were reluctant to sell their striker and demanded for a large transfer fee in order to sign replacements if he had left. BMC coach Daniel ‘Chicco’ Nare told this publication that the P150 000 valuation prevented them from concluding the deal.

“The first thing we realised is that Satmos did not want to sell their best player to a league rival. We had agreed terms with the player and the only thing left was for his club to give us the green light to sign him. They demanded P150 000 and we felt that it was beyond our target; that price is not in line with the transfer fees of our league. We felt it was too much, we cannot pay such a fee,” said Nare.
BMC believe that their league rivals have blocked the move in order to maintain their impressive start to the season. The Zimbabwean striker has been the driving force in Satmos’ campaign; they have been arguably the surprise package of the season considering they were only promoted to the top tier this season.

They are currently in seventh spot on the log. Kaunda has scored 53 percent of the club’s league goals (28 goals) to underline his importance to their top eight ambitions.

“Getting rid of their main goal scorer could affect their season so they have decided against selling him. Their stance can only be swayed by an offer from an overseas club,” a source revealed.
Nare’s side are reportedly considering making another move for Kaunda in June when he would be available on a free transfer when his contract expires. Satmos could have been tempted to sell him during the current transfer window but they appear to have opted to lose him on a free transfer than sell him to another local club. 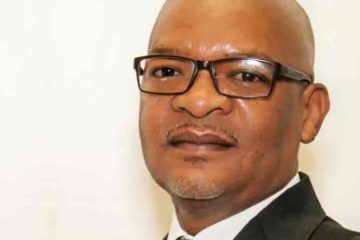