Former Botswana Meat Commission (BMC) Chief Executive Offi cer (CEO), Professor David Falepau suggested that BMC as a parastatal could have sued the Department of Veterinary Services (DVS) and the Ministry of Agriculture (MoA) for failing to do their job. Falepau, currently based in Australia, revealed the news to the Parliament Select Committee that is investigating the decline of the BMC and the cattle industry, through a video conference call over the weekend.

According to him, the reason why DVS did not apply for relisting from the European (EU) markets, which cost BMC a fortune was because they knew that they did not have a Livestock Traceability System (LITS) that was functioning. He said BMC at the same time bore the costs because of DVS’ failure to maintain EU market access. “I had predicted that BMC will be de-listed from the EU markets, the reason being my knowledge of the EU markets and the requirements which the BMC did not meet but I did not predict correctly that DVS would take that long time to re-list,” said Falepau He said that even in 2010 while the BMC had access to the EU market, it still made a loss because the BMC cost of production was too high.

It was above 5 and 10 per cent of the normal production cost. He said the supply from Botswana did not meet quotas and customers lost trust in him as the CEO. He claims that he proposed a strategy to turnaround the BMC which was rejected by BMC board members. He describedmembers of the Board as individuals who did not know their role and did not understand the BMC Act. “At different times and different levels, different board members were against anything that I was trying to do in order to run the BMC perfectly.

We needed to appoint people who understood the Agricultural sector considering the level of expertise they have. I did not have any discretion to say who to be appointed to the board. I was the man responsible for how much in price farmers were supposed to be paid for their cattle. The board did not allow me to do that. It was not the farmers’ fault that the BMC had no access to the EU markets,” he said. Falepau said the other blunder that the BMC board made was to take abattoir prices in South Africa and implement them in Botswana.

Member of Parliament for Tswapong North, Prince Maele wanted to understand why Falepau did not meet with the minister to raise his concerns. “What was so diffi cult for you to meet with the Minister,” he asked. Falepau said that he met with Minister Christiaan De Graaf several times but never met him when he decided to terminate his contract. “The least I expected was to be shown where I was not performing. To my surprise I was given a dismissal letter and P1.9 million, then I came home,” he said. 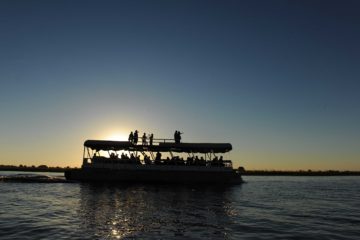