Lobatse based club BMC are on the verge of completing a transition into professionalism after talks with an unnamed businessman which could be fi nalized this week. The sale of the club could see them part ways with the current chairperson, Sonny Phiri, as the new owner is expected to bring in a new executive committee. A reliable source told Gazette Sport that Phiri is unwanted by many within the club. This reporter is informed that the chairperson has been using the club’s resources to pursue his political ambitions.

“He is running for a councilor’s position in Magotlhwane and he has been using the club’s car for a month now in his campaign without permission from the club,” said the source. “Phiri is regarded as a fi re starter because he has been involved in numerous scandals in the club and also in the Botswana Premier League. Such bad publicity has been noted by the new regime and they will not bring him on board. He has been at loggerheads with players as well as some members of the executive committee and he sometimes cuts players’ salaries when they suffer defeats,” said another anonymous source.

This publication has learnt that players are owed up to P197 000 in unpaid signing on fees. Almost every player who has been signed recently has not been given their promised fees. The club’s main sponsor, BMC, has instructed the BPL to pay the club’s prize money directly to the company and not to the club’s executive committee. BMC’s sixth place fi nish will be rewarded with P200 000 in prize money and most of the funds will be used to clear the players’ debts.Previously BMC had been pouring money onto the club’s account which was overseen by Phiri and his committee. However, that will change since the main sponsor is now aiming to directly pay the players and clear their debt to players.

If Phiri is ousted in his position at the Lobatse based club, he will also lose his position within the BPL, according to reports. The club will almost certainly adopt the name Rangers FC and will benchmark on English club Chelsea. They are expected to make a mark in the transfer market by competing with the likes of Township Rollers, Mochudi Centre Chiefs and Gaborone United in terms of player recruitment. When reached for comment, Phiri told this reporter that indeed there is a possibility of an overhaul in the club’s committee. He also admitted that he is in possession of the club’s car but explained that the team’s management had agreed that the car should be in Gaborone for other activities.

“There is a possibility of major changes in the club. The owner has his own plans, he might appoint trusted personnel to safeguard his interests and we should respect those decisions if they happen,” said the BMC chairman. He continued, “I have been using the club’s car and it is a decision which had been made by the club’s management. We all agreed that the car should be away from Lobatse while handling club issues. The sponsor has not been interfering in club issues but now the situation has changed. The sponsor’s management was not aware of our agreement about the car. They are now demanding the return of the vehicle,” he explained. He concluded by acknowledging that the club owes money to players, “every club has the same problem.

We had purchased players without paying their full signing on fees, some of them have been paid half while others are still awaiting their funds. Most of our players were purchased on part payments and we are still paying those fees.”

DRC based trio cleared to make their debuts 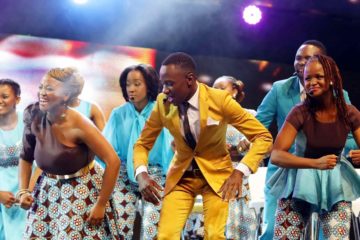