Following a court application by two Botswana National Front (BNF) activists to stop the envisaged de-registration of the party symbol from the Independent Electoral Commission (IEC), the party president Duma Boko and other respondents cited in the application have responded by arguing that the decision is democratic. The envisioned de-registration of the BNF symbol from the IEC is meant to enable the Umbrella for Democratic Change (UDC) to register its symbol which bears symbols of the BNF, Botswana Peoples Party and Botswana Movement for Democracy. Boko, who is also the leader of the UDC and other respondents urged the court to allow the de-registration process of the BNF symbol because it is a majority decision.

In their notice filed before the High court last week, Boko and his executive committee have raised preliminary points of law and urge the court to dismiss the application, contending that the two applicants have not invoked any of the internal remedies provided by the constitution of the BNF in relation to what are majoritarian decisions.

The respondents contend that the applicants have failed to either set out any basis on which they claim to enjoy their plea in relation to the issues they raise. “To the extent that Kajane herein remotely purports to speak on behalf of ‘the majority of BNF’ members at the Gantsi congress, he has not disclosed his authority so to do,” argued the respondents in their affidavit.

They also stated that the BNF took the decision popularly and democratically at its Gantsi congress as it is by law entitled to take any and all such decisions as its constitution permits, “and same cannot be challenged by a single member on the mere basis of his disagreements therewith.”

The respondents further argue  that in the absence of any allegation in the applicants’ founding affidavits that any decision of the BNF in respect of the matters forming the subject of their complaint was taken in contravention of any specific provision of the BNF constitution, the complaint is on matters of doctrine which are not the province of the court to address on the principle of non involvement in political, doctrinal or policy decisions.

In their founding affidavit, Kajane and Toister claim that Boko had announced at the elective congress that was held in Gantsi in July that they were going to de-register the BNF electoral symbol from IEC. “He mentioned it in passing, very briefly and as a way of informing the BNF members who attended the congress. The majority of the members who attended the congress,  me included, were surprised and shocked that the electoral symbol of BNF was to be removed from national electoral ballot papers without any congress resolution to that effect,” the applicants argued in their affidavit.

They decry that to de-register BNF symbol from IEC was a serious matter whose consequences were such that the BNF would not contest general elections in 2014 and any by-elections that come about between now and the 2014 general elections.

The applicants averred that they knew as a matter of political culture and tradition of the BNF that “for such a drastic decision and step to be taken, the national congress of BNF should have been called and presented with the issue for debate and consideration and if it accepts, at least adopt a resolution thereon. In this case and instance there has not been any national congress called to decide over the matter or let alone debate it.”
“It cannot simply be that the BNF after 48 years in existence as the leading and main opposition party in various elections in the country,  its participation in the elections is ended and terminated by the four respondents all alone without the general members input and involvement”, the activists lamented further. 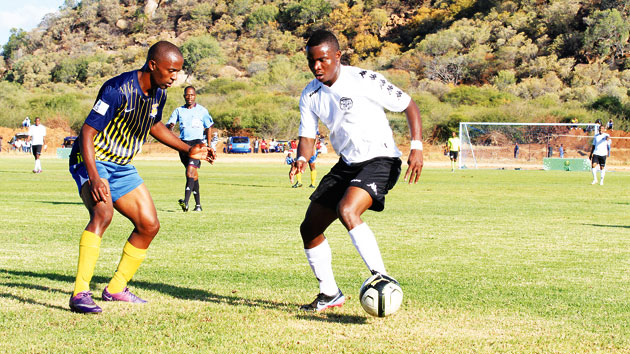