Africa’s most decorated swimmer, Natalie Du Toit,will grace the 33rd annual Botswana National Sports Council(BNSC) Awards next month. The retired swimmer will be the guest of honour at the event.The BNSC has lured the continent’s most successful Paralympic swimmer to be the guest speaker at the glamorous awards ceremony.The Sports Council has managed to invite a sports legend for the second successive year to deliver motivational words at the event.

Last year they had invited one of Africa’s legendary footballers,Kalusha Bwalya, who gave an impressive and inspirational speech,praising Botswana’s progress and growth in sports activities.Du Toit will be expected to play a similar role in this year’s event;she will be tasked with giving words of encouragement and sharing insights of her road to success.The 29-year-old was one of only two Paralympic athletes to compete at the Beijing 2008 Olympic Games; she created history by becoming the first ever amputee to qualify for the Olympics.Du Toit has accumulated a total of 21 gold and two silver medals throughout her career. Her 13 gold medals are the highest in Paralympic history in the swimming category.She retired after the 2012 Paralympics Games, where she won three gold medals.

The multi-award winning athlete will surely provide words of encouragement for the country’s up and coming athletes and hopefully help them to choose a similar career path which has yielded an array of accolades.The BNSC also confirmed that the headline entertainment act will be South Africa’s legendary Afro-Jazz artist, Sipho ‘Hotstix’ Mabuse.The veteran musician willplay a host of his classic songs, including the famous “Jive Soweto”,among others. Last year the headline act was Ringo Madlingozi.

Is BNAI the answer to the arts industry’s growth? 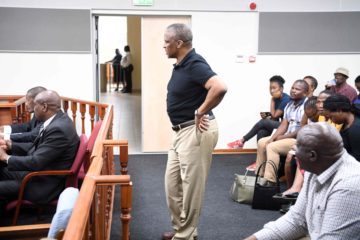