The reoccurring power outages and water crisis continue to frustrate the private sector says the Botswana Confederation of Commerce Industry and Manpower (BOCCIM).

BOCCIM membership last week pleaded with President Ian Khama during a High Level Consultative Council (HLCC) gathering to come up with a regulation that will allow the private sector to participate in the plagued utilities sector.

Speaking at the meeting which was officially opened by President Khama, BOCCIM president, Lekwalo Mosienyane said, notwithstanding recent improvements, the business community is still concerned about the uncertainty of supply of power and water in Botswana. “The apparent absence of a long term sustainable solution for the challenges in these sectors that are vital for national competitiveness calls for even stronger collaboration between our government and our private sector,” he said.

In addition to Mosienyane’s concerns, BOCCIM member, Gaolatwe Mudongo told Gazette Business after the meeting that they pleaded with President Khama to allow the private sector to own power stations that connect to  the national grid. “Instead of having load shedding, the private power companies would be able to provide power. There is abundance of water and it is not captured.The private sector in this case can construct dams to capture the water that usually flows to waste during rainy seasons,” he suggested.

In an interview with Gazette Business, the Minister of Minerals, Energy and Water Resources, Kitso Mokaila said there are already two tenders out for independent power producers. “We are already going that direction. In terms of allowing the private sector to construct dams, there are no sites available for dams,” said Mokaila.

The Minister added that they are exploring the possibility of retaining sewage water for recycling adding that, it is ideal for the private sector to be involved but this will come at a cost.
Another area of concern for BOCCIM, Mosienyane said, was the sophisticated corruption that threatens to erode the enviable, hard-earned distinction that Botswana has earned. “We also recognise that both the private sector and government are culpable in a conspiracy that has seen many African countries failing to reach the millenium development goals and served only to marginalise the good and those with integrity. That you have brought the subject of corruption into the public arena allows us all to engage in pursuit of solutions. However, we believe that greater involvement of BOCCIM in investigations or advice on parameters to look into would give traction to your anti corruption efforts and determination of root causes. The introduction of e-government combined with your dignity principle is certainly the right direction but it is taking long,” said Mosienyane.
He further said that they are disappointed by the Gaborone City Council (GCC) for not coming on board to prepare Gaborone as the ‘Go To’, city for the diamond trade. He said, “despite advice and instructions by the ministries of Trade and Industry and Local Government to implement simple things that have been agreed, such as payments of annual fees without waiting for health inspection reports, our members still face stiff bureaucratic resistance at the City Council.”

However, Gaborone Mayor, Haskins Nkaigwa said neither BOCCIM nor the ministries of Trade and that of Local Government have come to them or given them any instructions regarding the above matter. “If at all they did, maybe they engaged with the staff not the Council leadership,” he said. 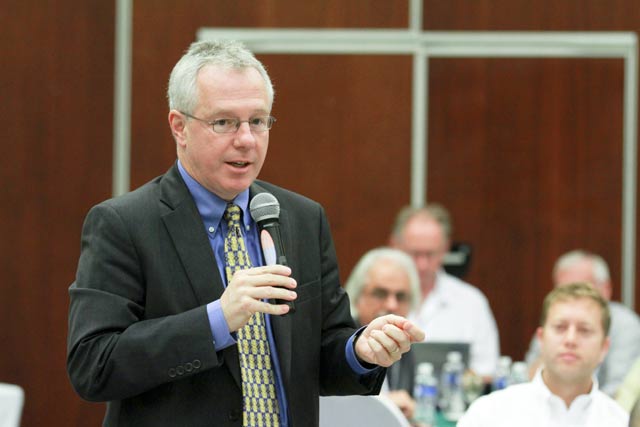