The Botswana Communications Regulatory Authority (BOCRA) has been circulating an advertisement on local press inviting “interested and competent licensed Telecommunications service providers to express interest in the provision of fast and reliable broadband Wi-Fi hotspots in shopping malls, airports, hospitals and other strategic public areas,” the advertisement reads, explaining that the objective is to  facilitate an environment that enables the development and use of communications infrastructure and services in Botswana in line with the BOCRA Act No. 19 of 2012 to promote and ensure universal access to communications services in Botswana.

BOCRA Deputy Director of Corporate Communications & Relations, Aaron Nyelesi says BOCRA saw the need for the installation of Wi-Fi hotspots in shopping malls, airports and hospitals as Internet penetration in Botswana is low compared to other countries of comparable economic status. “The initiative to install Wi-Fi hotspots in shopping malls, airports, hospitals, etcetera, is intended to increase internet access and encourage the uptake of internet services in Botswana. In today’s digital world, Internet is the most commonly used medium of communication with many people having devices that have Wi-Fi capability, such as a personal computer, laptop, video game console, Smartphone, tablet or digital audio player” Nyelesi said, adding that BOCRA was in support of  Service Providers investing in the universal provision of hotspots in public areas.

Telecommunications statistics obtained from the BOCRA website show that by December 2013, 3, 246, 787 mobile telephones were recorded while mobile internet growth also indicated an uphill motion as mobile internet penetration increased from 165,065 in 2011 (Q1) to 339, 926 by 2012 (Q3; ADSL on the other hand only grew from 14,082 to 18,166  during the same period, which indicates that more and more people continue to use cellular phones as a medium to access the internet than through desktop computers.

The project is expected to be rolled out to 7 towns across the country including Gaborone, Mahalapye, Palapye, Serowe, Francistown, Maun and Kasane, of which will be implemented in phases, taking a period of 12 months for each town, according to the advert. Nyelesi explained however, that the list of places identified in the expression of interest public notice is not exhaustive, the intention being to make internet accessible in public places where many people would be able to utilise the service noting that additional public sites will be identified depending on availability of resources.

“The Government of Botswana has spent a lot of money investing in undersea cables in the East and West coast of Africa in a bid to make internet available to support such initiatives as e-government.  BOCRA realised that there is notable progress in the other regulated services such as mobile voice, broadcasting, postal, hence the focus now is to increase internet access,” he said, adding that the plan is to have initial sites operational by December 2014. 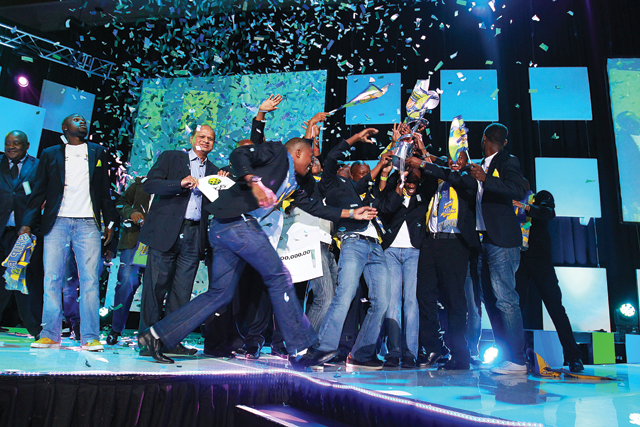