Last Thursday, Justice Moroka dismissed the two concerned BNF activists as he found nothing wrong with Boko and his move. He said he would announce his reasons on a date to be scheduled.
In their arguments, the applicants had argued that in joining the UDC, the respondents had terminated their membership with BNF in terms of clause 7.1 of the constitution of the party. They also contend that the BNF constitution does not allow it to join other political parties.

“BNF could have first amended its Constitution and then join other parties. There is a setup process for changing the Constitution,” argued Kanjabanga, adding that it was the responsibility of the court to protect the applicants and ensure that the constitution of BNF was followed. “UDC is a separate political entity as far as its constitution is concerned,” he argued.
Responding to the applicant’s averments, Boko had urged the court to dismiss the application arguing that it had no merits. He said the application was just an attempt to review a resolution taken in 2010 in which BNF resolved unequivocally to pursue every step and effort to attain cooperation with other willing opposition parties.

“It is wrong to allege that the resolution was a violation of the BNF Constitution. There is no provision in the Constitution of BNF that precludes it from entering into any coalition. The respondents have not joined the UDC; they are effectively a group member of the UDC. BNF still remain BNF, and it has its own administration” Boko argued.

Boko had also challenged the applicants on why they have failed to make use of the Constitution that they are arguing before court. It is the same Constitution that has afforded a relief to members who feel dissatisfied about certain issues that they should petition the executive and/or call an extraordinary congress. “But the applicants have not made use of this relief,” he challenged.

“The failure to invoke these remedies granted by the constitution must strike seriously against them,” Boko submitted, and Kanjabanga was quick to argue that it was just another option. He said it has happened many times especially in BNF, citing examples of cases of the late Kenneth Koma and Akanyang Magama.

It was also Kanjabanga’s defence that had they sought remedy within the party, and Boko was never going to give them his ear. “He is very undemocratic and is a dictator,” he said. 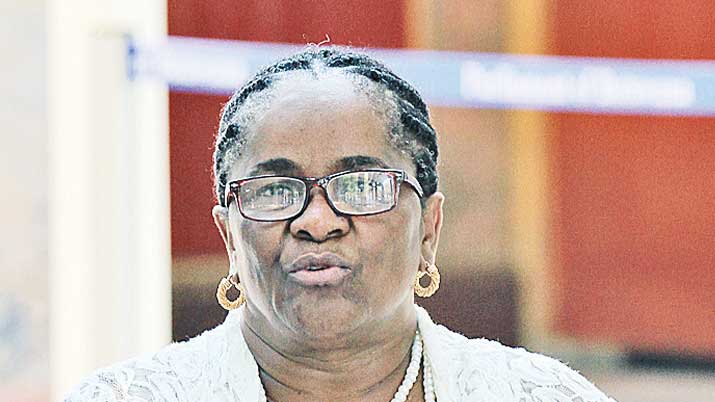